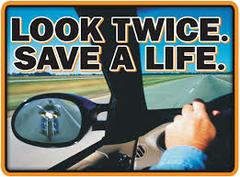 The NJ Interdistrict School Choice Association denounces A-3312, sponsored by Assemblyman John J. Burzichelli, which prohibits Choice Students from participating in varsity sports at their school of choice.  A-3312 excludes Choice Students from participating in varsity sports offered at their school of choice and would require them to try out for sports only at their sending district.
“This legislation sets up a second class system where students cannot participate on a full and equal basis at their school of choice.  It appears to set up a ‘separate but equal’ scenario,” states Bob Garguilo, Chairman of NJIPSCA Board of Directors.  “It’s unfair and alienates students from their peers.”
Other forms of choice, such as VoTech Institutes, Charters, and private schools--which are members of NJ State Interscholastic Athletic Association (NJSIAA)--are not included in the bill.
“A-3312 is evidently in contrast of legislative intent of the Choice enabling legislation.  The School choice program offers open enrollment allowing out-of-district students to attend other public schools of their choice.  There are no discriminatory restrictions,” added Dan Gallagher, Assistant Superintendent of the Bound Brook School District.  “It is indisputable that sports programs are a part of the integrated educational experience where students exhibit pride, school spirit, and a sense of belonging. “
“By signaling out the Interdistrict School Choice Program as opposed to other School Choice options, A-3312 discriminates against the Interdistrict program as opposed to Charter and Private School Choice.  It allows families of financial means to opt for private school choice while disallowing disadvantaged families from the Public School Choice Program,” added Garguilo.
By demanding that Choice Students participate in the sending district’s interscholastic sport activities, A-3312 is virtually closing the door to any sport participation since such a rule does not address transportation and other ancillary issues associated with the movement between districts.  It also discourages students who want to participate in the Interdistrict Choice Program.
NJIPSCA also holds that there are no documented cases of any situations where the Interdistrict Public School Choice Program provided for any athletic advantage.   Choice students are chosen by lottery and not on academic or athletic abilities.