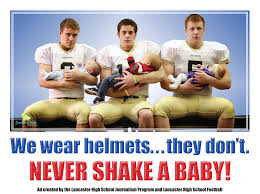 This KHN story was produced in collaboration with USA Today

Despite these dire predictions, the nation’s primary care system is handling the increased number of insured patients without major problems so far, according to interviews with community health centers, large physician practices and insurers nationwide.

Five months into the biggest expansion of health coverage in 50 years — with about 13 million people enrolled in private insurance and Medicaid under the Affordable Care Act — there are few reports of patients facing major delays getting care, say officials from more than two dozen health centers and multi-group practices, as well as insurers and physician groups in nine big states.

There are some exceptions, particularly in parts of Colorado, Kentucky and Washington state, which had some of the biggest gains in coverage.

HealthPoint, a network of nine community health centers and six dental clinics southeast of Seattle, is turning away about 150 people a week although it had added two new facilities and expanded a third in anticipation of the surge.

The centers have seen nearly 7,000 new patients this year — a 10 percent increase — most of them newly covered by Medicaid, the state-federal health insurance program for the poor that expanded in Washington and 25 other states.

But most of the health centers and large physician groups contacted said they were prepared for new patients because they had added space and providers. A few cautioned that the full impact could be bigger because of the late surge of enrollees buying private plans in late March and April, whose coverage would just be taking effect in May, and the large numbers still awaiting Medicaid cards. Besides Colorado, Kentucky and Washington state, other sampled states were California, Connecticut. New York, Florida, Texas and Pennsylvania.

Metro Community Provider Network, a community health center in Denver, has handled 2,000 new patients so far this year, thanks in part to a new walk-in clinic with evening hours that opened in January and was paid for by the Affordable Care Act.

Henry Brown, 55, who signed up for Medicaid at the health center in January, said he’s had no problem getting appointments to treat his high blood pressure and arranging for foot surgery.

“It’s been a blessing for me,” said Brown, an ordained minister.

So what about the predictions about newly insured patients facing delays getting care?

“It was overblown,” said Sherry Glied, dean of New York University’s Wagner Graduate School of Public Service and a former top official in the Health and Human Services Department in the Obama administration.

Several factors are thought to have muted early demand, from the late surge in enrollees — a million people signed up just since March 31 so their policies are just taking effect now—to an unusually cold and snowy winter in the Northeast and Midwest.

But the most significant is that more than 5 million people projected to gain coverage remain uninsured because only half the states expanded Medicaid.

And while Medicaid saw a net growth of 4.8 million people since October, more than a million who signed up are waiting to get the cards that are their admission tickets to free or low-cost doctors’ visits. In California alone, 900,000 people are waiting for their cards because of backlogs.

That may account for why several health centers in California said they had seen no significant increase in new patients, although the state enrolled more than 3 million people in private plans and Medicaid.

Although more people have sought care—as seen in the nearly 10 percent jump in health spending described in an April government report—Glied said there are enough providers in most places to care for them.

“The primary care system is not being stretched to its absolute limits,” she said.

She estimated that about 4 percent of the U.S. population gained insurance this year but many of them are young and “relatively low users of health care.”

Many of the concerns about people experiencing delays grew out the experience in Massachusetts after that state adopted near-universal coverage in 2006. Wait times for a doctor’s appointment rose to an average of 50 days with some as long as 100 days, according to a Massachusetts Medical Society report in 2008.

But Glied notes that Massachusetts’ residents historically had long waits for primary care visits so their experience is not a good indicator.

And unlike the Massachusetts law, the Affordable Care Act gave health providers more than three years to prepare. In that time, the federal government has spent billions expanding community health centers while private practices have added nurse practitioners and physician assistants and adopted electronic health records.

“Despite the widely publicized shortage of primary care physicians, primary care capacity does exist in each state,” said Karin Rhodes, director of the Center for Emergency Care Policy & Research at the University of Pennsylvania School of Medicine.

Rhodes was the lead author of a study published last month in JAMA Internal Medicine in which researchers posing as new patients called about 8,000 primary care practices in 10 states. The vast majority quickly secured appointments although those with Medicaid had a tougher time.

Still, Rhodes said that people around the country will face varied experiences because the supply of doctors is uneven and the number of newly insured also varies dramatically.

“We have seen some increased use, but it’s not been a problem,” said J. Mario Molina, chief executive of the Long Beach, Calif.-based company.

Molina, whose Medicaid enrollment grew 11 percent to 2.2 million this year, said he expects his clinics to get busier as state agencies plow through their backlogs and send cards to new enrollees.

Too Early To See Surge

Some physician groups still believe there will be delays when the late enrollees and patients still waiting for cards filter into the system.

“We have not felt the full impact of it yet,” said David Fleming, president of the American College of Physicians. “We are going to see a substantial increase in volume and it is going to be a problem because there are not enough primary care doctors.”

That view may be borne out by the experience in states like Kentucky which saw thousands of people gain coverage due to a successful state exchange and Medicaid expansion.

At White House Clinics, a community health center with suburban and rural sites south of Lexington, patients with non-urgent problems are being asked to wait six weeks for an appointment.

But providers in Louisville say they have barely begun to see a difference.

“People are still learning about their new benefit,” said Bill Wagner, executive director of Family Health Centers. “We anticipate greater demand but it won’t be all at once. This will be a long slow buildup.”

This KHN story was produced in collaboration with USA Today

Despite these dire predictions, the nation’s primary care system is handling the increased number of insured patients without major problems so far, according to interviews with community health centers, large physician practices and insurers nationwide.