WHAT'S UP in GCity and Elsewhere?

YOU DON'T MESS WITH MOTHER NATURE--BROOKLAWN NEW JERSEY (April 30, 2014)Three motorist had to be rescued from flood waters at the Brooklawn Circle today, according to WPVI Action News. The first incidents happened around 3:00 a.m. on Route 130 near the Brooklawn Circle.

One driver had to crawl onto the roof of his vehicle and was rescued by a pick-up truck. Police say another motorist was rescued from her Jeep Cherokee. A third motorist became stranded at the same location just before 5:00 a.m. For the full story click here 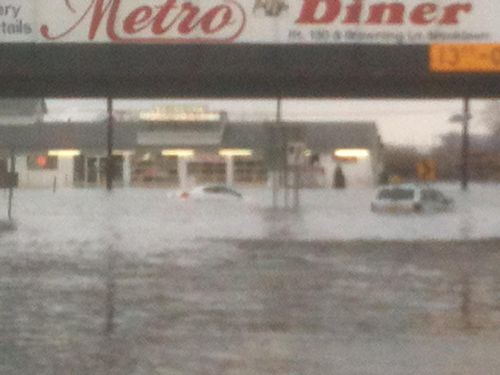 Brooklawn Circle, looking west, file photo provided by Brooklawn PD Millions were spent on upgrading the circle back in the late 70's early 80's. In the far distance is Verricho's Produce

In June 2013 the New Jersey Department of Transportation received a $4.5 million boost in federal funds to relieve traffic congestion and flooding at the Brooklawn Circle. The majority of the funds will be used to rebuild Old Salem Road, adding an additional lane and traffic signal to connect Route 130, allowing drivers to avoid the circle all together.  In addition to improving the flow of traffic, some of the money will be used to fix a long time flooding problem that has plagued the Brooklawn Circle and its surrounding roads for years by replacing the outdated storm water drain that presently exists at the circle and adding an additional drain on the site. Both drains will discharge water into Big Timber Creek from its north bank.  A contract to begin construction on both the road improvement and flooding projects was to be awarded sometime this year and the construction is expected to be complete within 18 months of its start date.

ARE YOU LOOKING FOR A JOB?—We found this announcement for the position of District Attendance Officer for the Gloucester City School District while surfing the internet recently. The applicant would develop and implement strategies to reduce the district dropout rate. Assist the district administration in monitoring student

attendance. Encourage improved student attendance through parent and pupil contacts. Participate in other duties assigned by the Superintendent. The 10 month position is for the 2014-15 school year.

 Must be at least 21 years of age

 Must have a valid driver’s license

 Must provide a vehicle

 Must have minimum of diploma or GED

 Ability to use computer (Windows and Microsoft Office)

 Must be available to attend court sessions (day or evening)

If you are interested, please send resume, transcript, certificate(s) and professional references in writing to Joseph G. Rafferty, Superintendent, 520 Cumberland St., Gloucester City, NJ 08030 by May 9, 2014. 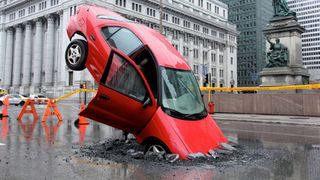 more for unnecessary repairs caused by driving on poor or mediocre roads than residents of any other state. One out of every three bridges is decrepit or obsolete. Trains into Manhattan are jammed to capacity, with construction of a new rail tunnel at least a decade away.

Meanwhile, the Christie administration has borrowed so heavily that theTransportation Trust Fund that pays for highways, bridges, and mass-transit projects is going to run out of money a year early. And Gov. Chris Christie has called for the breakup of the Port Authority, the bistate agency set up to fund large-scale projects in the busiest transportation hub in the world.

IS BULLYING A PROBLEM AT YOUR SCHOOL?—We are investigating an allegation about excessive bullying in a local school district. We want to find out if this is an isolated case, or if there are any other students/parents/teachers who have experienced/witnessed acts of bullying.  If so please contact us at CNBNEWS1@gmail.com

A PHOTO OF THE BROOKLAWN CIRCLE TAKEN MANY YEARS AGO 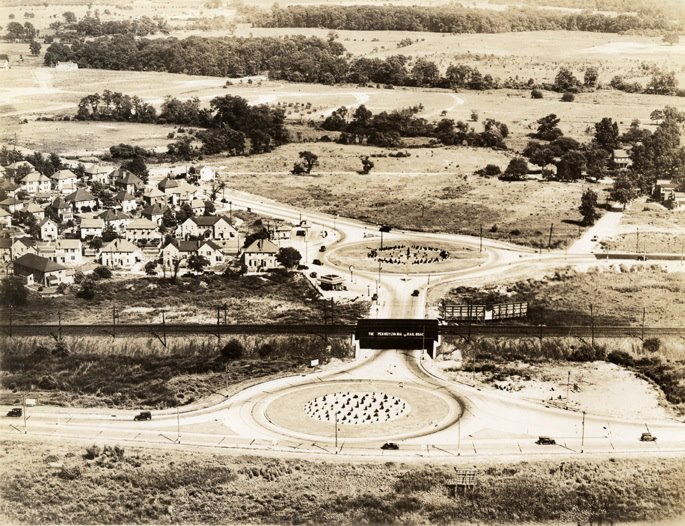 WHAT'S UP in GCity and Elsewhere?

YOU DON'T MESS WITH MOTHER NATURE--BROOKLAWN NEW JERSEY (April 30, 2014)Three motorist had to be rescued from flood waters at the Brooklawn Circle today, according to WPVI Action News. The first incidents happened around 3:00 a.m. on Route 130 near the Brooklawn Circle.