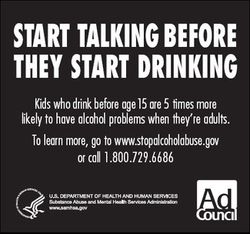 Ruperto Bautista-Pina, M/25, pleaded guilty Monday to Death by Auto. He is expected to be sentenced to a five year term of incarceration, 85 percent of which he must serve before becoming eligible for parole. Bautista-Pina is of Mexican nationality and is in the United States illegally. He will likely be deported upon the end of his prison sentence.

Bautista-Pina admitted in court that on October 27, 2012 he drove a 2001 Volkswagen Beetle into a 2006 Saturn on Route 30 near Cross London Avenue. The driver of the Saturn wasn’t seriously injured, but the passenger in the Volkswagen was not wearing a seatbelt and was ejected from the car, killing him. The passenger, Jose Luis Cruz-Manzano, was friends with Bautista-Pina. The defendant was intoxicated while driving at the time of the crash.

Sentencing is scheduled for May 5 before Superior Court Judge Irvin Snyder.

Anyone who knows the whereabouts of the defendant should not attempt to apprehend him. Instead, contact the Gloucester County Prosecutor’s Office at (856) 384-5643 or GCPO Lt. Barry Johnson at (856) 498-5485.

Other fugitives wanted by the Gloucester County Prosecutor’s Office can be viewed on the GCPO Web site:www.co.gloucester.nj.us/depts/p/prosoffice.

We do not allow comments on posts or pictures. For more information, please feel free to read and review our disclaimer located at the top of the page under our cover photograph. On occasion, a comment may get past the filters and it will be removed or hidden. If a comment does get posted, it is not the opinion or view of the G.C.P.O.

If you have information on a case or other comments, please email us at tips@co.gloucester.nj.us or visithttps://www.tipsubmit.com/WebTips.aspx?AgencyID=819.

Norman Levels, M/38, of Pennsauken, was shot near the intersection of Pfeiffer Street and Baird Boulevard about 9 p.m. Monday. Levels was in a while Nissan Maxima when he was shot. He was taken to Cooper Hospital where he was pronounced dead at 11:33 p.m. 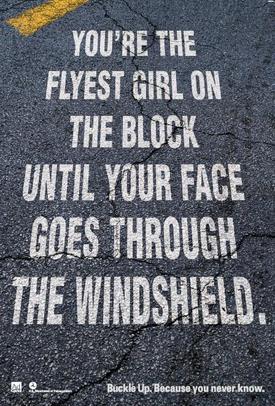 arrest in the Saturday morning killing of a city man.

A 17-year-old Camden male was arrested Sunday at 9:30 p.m. on a charge of Murder. He turned himself in at the Camden County Metro Police Department.

It is alleged the 17-year-old shot Jason Williams, M/33, of Camden, multiple times outside a unit of the Crestbury Apartments in Camden about 8:30 a.m. Saturday.

Another Camden 17-year-old has been charged with Hindering Apprehension and Possession of a Weapon for an Unlawful Purpose in connection with Williams’ killing. He is accused of helping the Murder defendant conceal the weapon used in the shooting.

Law enforcement officers recovered that weapon. Both teens are being held at the Camden County Youth Detention Center.

All persons charged with criminal offenses are innocent unless and until convicted in a court of law.

Personnel from the Camden County Prosecutor’s Office and the Gloucester Township PoliceDepartment have taken advantage of reduced brush and overgrowth in the area where Carol Reiff’s body was found to recanvas that ground. The 59-year-old was found on June 24, 2013 in a wooded area near her home at the Lakeview Apartments on Lower Landing Road in Gloucester Township. Her cause of death remains a mystery but law enforcement is investigating it as a suspicious death. A $20,000 reward remains in effect for any information that leads to the arrest and conviction of the person responsible.
Camden County Prosecutor Warren Faulk and Gloucester Township Police Chief Harry Earle will be available at the scene Monday to discuss the status of the case and answer questions.
http://gtpolice.com/?p=1507
#GTPD #GloTwp #LakeviewApts #Unsolved #CarolReiff #LESM

Ruperto Bautista-Pina, M/25, pleaded guilty Monday to Death by Auto. He is expected to be sentenced to a five year term of incarceration, 85 percent of which he must serve before becoming eligible for parole. Bautista-Pina is of Mexican nationality and is in the United States illegally. He will likely be deported upon the end of his prison sentence.