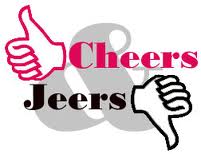 Olympic Conference Freedom Championship this year. Also this year they won the South Jersey Group 1 title, placed first at the Sectionals and placed Second in the state finals for Group 1.  Three of the five girls on the team are graduating seniors.  Members of the team include: Kelsey Keenan, Colleen Kraus, Gina Beebe, Karly Goldschmidt, Kelly Higginbotham, Danielle Smith and Stephanie Wimer.  Colleen Kraus placed in the top 18 at sectionals, qualifying her as an individual at states.

JEER—A loser named Nathanial Maybin, took a hammer and hit Gloucester City resident and businessman David Woods on his head and body numerous times on a street in Philadelphia.  Because of that senseless act, Woods has lost his ability to speak. Come to find out the 29-year-old Maybin has been in and out of jail most of his life. It is time for our judicial system to stop coddling repeat offenders. Until they are locked in jail for eternity, miscreants like Maybin will continue to prey on innocent people.  (See story here)

CHEER—Bernard Williams, a long-time friend of victim David Woods, risked his own life on February 20  to come to his rescue. If it wasn’t for Williams stepping up 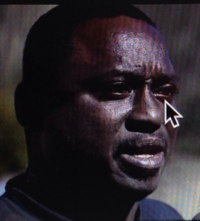 to protect his friend,  Mr. Woods would have undoubtedly been killed by the hammer swinging hoodlum named Nathanial Maybin.

JEER—To Donald Norcross, Steve Sweeney, and the union and Democrat machine hacks who stunk up the Bellmawr VFW recently, pretending to represent the people of South Jersey while launching another Norcross-machine political campaign. Unions and political machines are as useful today as 8-Track tapes.

CHEER—To Donald Norcross, who launched his campaign for Congress speaking to a crowd of union workers and local Democratic leaders at the Bellmawr VFW hall recently. Steve Sweeney, who spoke about his time growing up with Norcross in Pennsauken, introduced him as a “true champion of the people” and “one of us.” Norcross put jobs, affordable education and advocating for South Jersey’s “fair share” at the top of his platform. “It’s time we send a union electrician to Washington,” said Sweeney.

JEER— To the big-money media outlets, with their reliance on advertising that can influence what they publish – or don't publish –and their susceptibility to buckling under pressure applied by their owners and investor's political agenda. Swaying the reading public's opinion is big business. My opinions may not be worth much, but then nobody is paying me for them.

CHEER— In recent years citizen journalism, along with independent news blogs, and social media (Facebook and Twitter) have come along to  fill the local news void that the main stream media organizations are either missing or not publishing because the story goes against their personal agenda.

JEER—To the neighbors who walk their dogs and watch them “do their business” on other people lawns and easements and then walk away and leave it there. It is rude and inconsiderate. Not only is this a shameful disgrace but it also carries a fine in some boroughs. You might consider that the next time you’re walking your pet. In this age of technology someone could be videoing your disregard for your neighbors and prevailing laws and report it when filing a complaint. 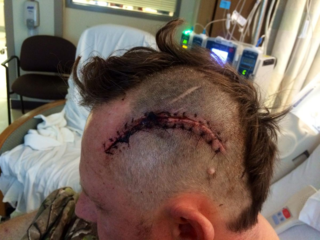 Because of this horrendous act Mr. Woods is unable to speak

CNBNews contributors to this column include: John Reynolds, Earl Foster, and Sue Calloway. Also two persons who signed their name Anonymous. If you have a cheer or jeer for next month's column send it to CNBNews1@gmail.com

EDITORS’ NOTE—Friends of  The Woods family have opened up a PayPal account for donations to help them with mounting bills and expenses as a result the patriarch of the family, David P. Woods Sr., being smashed in the head by a vicious man with a hammer on February 20 in Philadelphia. The Paypal button appears at the top of CNBNews page in the right hand column. If you rather not use Paypal you can send your donation to Connie Cleary Woods, c/o Post Office Box 164, Gloucester CityNJ 08030. Mr. Woods is the son-in-law of William E. and Connie J. Cleary Sr., the owners of this news site.  See story here

Olympic Conference Freedom Championship this year. Also this year they won the South Jersey Group 1 title, placed first at the Sectionals and placed Second in the state finals for Group 1.  Three of the five girls on the team are graduating seniors.  Members of the team include: Kelsey Keenan, Colleen Kraus, Gina Beebe, Karly Goldschmidt, Kelly Higginbotham, Danielle Smith and Stephanie Wimer.  Colleen Kraus placed in the top 18 at sectionals, qualifying her as an individual at states.