September 9, 2007
"No matter what you do, it is wrong,
and a lot is driven by politics. My blood
pressure medicine has quadrupled since    I started this job. "

WHEN school starts in Montgomery Township in Somerset County on Monday, Samuel B. Stewart will begin serving his second year as interim superintendent while the Board of Education launches its second search in 20 months for a permanent superintendent.

As New Jersey public schools reopen this fall, almost 40 of the state’s 570 districts that have 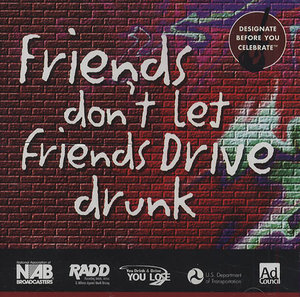 superintendents will be using interim superintendents. In the last five years, superintendents have turned over at a rate of between 11 and 21 percent a year, said Mike Yaple, a spokesman for the New Jersey School Boards Association. The average stay for a superintendent has decreased to 2.75 years, according to Mary T. Stansky, (photo above) who is retiring in December as the superintendent of the Gloucester City Public Schools after nine years in the job.

The shortage of superintendents is a problem nationwide, said Barry Ersek, a former superintendent and the interim executive director of the New Jersey Association of School Administrators. Educators said there were several reasons behind the difficulty in finding and keeping superintendents in New Jersey, even with salary and benefit packages ranging from $150,000 to $250,000 a year.

Baby boomers are reaching retirement age and leaving the profession, and 16 years ago superintendent became one of the few administrative positions in New Jersey public education not to have tenure. In addition, Dr. Ersek said, the job has gotten more difficult in the last 10 years.

“The stress and tension that exists these days has created quite a challenge,” he said. A combination of high expectations from parents and the state for test scores and achievement, an increase in litigation and three- to five-year contracts for superintendents has put more pressure on them, he added.

There is also constant recruitment of superintendents by school boards and head-hunting firms. “Superintendents have become very effective free agents,” Dr. Ersek said. “Recruiting is much more aggressive. If you are experienced and have a good reputation, you are getting called.”

After two years, Joseph J. O’Brien left the Haddonfield School District during the summer, having been recruited to become the executive director of the Chester County Intermediate Unit, an educational service agency in Pennsylvania.

Dr. O’Brien said that he had not been looking to leave, but that the new job included a significant increase in benefits and salary and was closer to home. “There are a lot of competing groups searching for superintendents,” he said. “There are a lot of people looking. You have a lot of movement in the field, and the job is tougher than it ever was before. Every decision is analyzed and studied, from punishing a student to changing a program.”

Dr. Stansky said that she had had a pretty good relationship with her board in Gloucester City but that superintendents often do not feel they have much job security. “Now, as soon as you make a decision a board doesn’t like, you’re out,” she said. “A lot of people come onto boards with personal agendas. Sometimes you have to make decisions that aren’t popular. A lot of it is politicking. No matter what you do, it is wrong, and a lot is driven by politics. My blood pressure medicine has quadrupled since I started this job.”

Judith A. Ferguson, the superintendent for the Hopewell Valley Regional School District and a consultant for the national search firm Hazard, Young, Attea & Associates, has aided in searches in Westfield, South Orange/Maplewood and Livingston in the last 18 months.

“The baby boomers are retiring and fewer numbers are coming into the field to replace them,” she said. “The job has become very challenging and demanding.”

As districts go out looking, the number of candidates applying is down. “The superintendent is the hardest job to fill,” Dr. Ferguson said.

In Montgomery Township, 35 candidates applied in the superintendent’s search last year, said Andrea Bradley, a Board of Education member who heads the search committee. “We were very wary of just finding someone to fill the spot,” she said. When none of the candidates fit the bill, the district brought in Dr. Stewart, who had retired from South Bridgeport in 2003, as the interim superintendent.

Cherry Hill brought in a new superintendent last year after having an interim one for about six months. Candidates from as far as Illinois applied, and the search group from the University of Pennsylvania brought forward eight candidates to meet the board, said Nancy Adrian, director of human resources at Cherry Hill Public Schools. “The thing is that so many districts are looking for superintendents at one time,” she said. David Campbell, who came from a district in Pennsylvania, started in July 2006.

In the last two years, Cherry Hill, a district of 11,800 students and 19 schools, has hired a superintendent, a curriculum director, a special services director and several principals.

“They are all difficult to get,” Ms. Adrian said. “The superintendent is the hardest. They have a tough job.”

September 9, 2007
"No matter what you do, it is wrong,
and a lot is driven by politics. My blood
pressure medicine has quadrupled since    I started this job. "

WHEN school starts in Montgomery Township in Somerset County on Monday, Samuel B. Stewart will begin serving his second year as interim superintendent while the Board of Education launches its second search in 20 months for a permanent superintendent.