WHEN WILL THIS MADNESS STOP?

David Woods was brutally assaulted in Philadelphia last week by a vicious individual swinging a hammer. Watching the brief video of the attack, captured on a nearby store camera,  has a sickening effect on anyone with an ounce of decency. 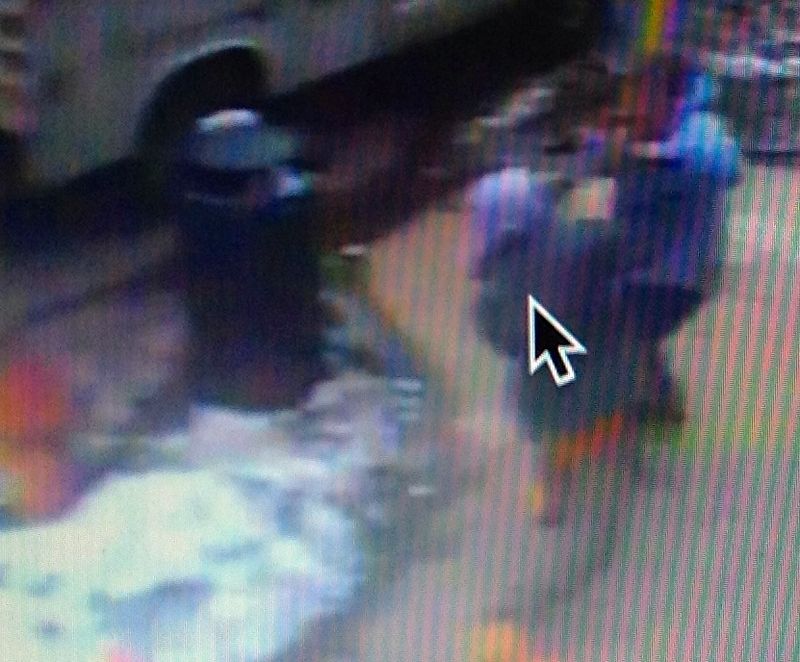 PHILADELPHIA PA (February 20, 2014)--THE SUSPECT comes rushing up from behind the victim. Woods (in blue) turns when he hears foot steps, by then it is to late. BELOW --THE SUSPECT can be seen striking Woods with the hammer (source enlarged video frame from store camera) 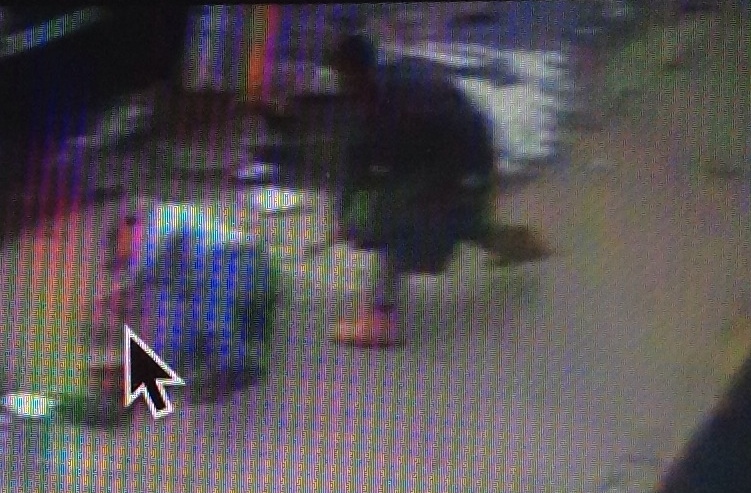 PHILADELPHIA PA February 20, 2014--Unconscious Woods is laying on the ground, the thug stands over him striking him again and again with a hammer. The suspect also kicked him several times when he was in that position.  (source enlarged video frame from store camera) 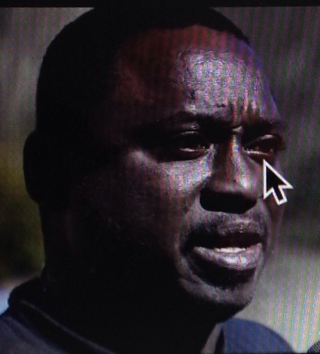 Last Friday Woods had to undergo a three-hour operation to close the 8-inch laceration that was caused by a scumbag named Nathanial Maybin. The 29-year-old Maybin has been in an out of jail most of his young life.  Maybin was arrested on Tuesday and charged with attempted murder, aggravated assault, attempted robberty and other related charges. Today, February 26, 2014, the judge set his bail at $1 million.

The store video shows Woods walking back to his truck. Maybin, allegedly, comes rushing from behind Woods and strikes him with the hammer on the side of his head. Bernard Williams, his employee and longtime friend, jumps out of the truck and goes after  Maybin. At which point Maybin comes back after Bernard who retreats to the back of the truck for a crow bar to defend himself. In the meantime Maybin can allegedly be seen hitting Woods again in the head with the hammer and kicking him in the lower back. Woods is unconscious and laying in a pool of blood.

Williams goes after Maybin, who runs off like the coward he is, afraid to stand his ground when faced with someone who is equally armed. If Bernard had not been present the suspect would have surely killed Woods. What is also obvious is the fact that Bernard was willing to risk his own life to save the life of his long-time friend. He should be commended for having such a strong character.

Here are some other observations:

Mayor Nutter has been calling for stricter gun laws in Philadelphia for sometime, as though that will stop crime in his City. Yet, as this violent event shows, a thug who has no regard for life will use any means he can obtain to harm an innocent person.

Citizen journalism and social media was one of the reason this story did not get pushed aside. For several days after it happened the main stream media in the City, and the South Jersey area, seem to be ignoring the crime. Someone at WPVI Channel 6 heard the public outcry and assigned reporter Kenneth Moton to investigate it. During an interview with the Woods family Moton learned that there was a video of the assault available from a store camera near where this crime took place. Without that video the brutality of the attack would not have been realized. This proves, once again, that the public can make a difference if they speak out.

Even though Maybin's attack was over in a flash, David’s life, at the age of 46, and the lives of his family has been changed forever because of this senseless act. As a result of the blows to his head Woods is unable to talk. He also has trouble holding anything with his fingers. The surgeon said eventually his speech will return but he has a long road to recovery.

Until then he will be unable to work.

Mr. Woods is self-employed and the owner of Day or Night Door Service. He has been working in the City installing roll-up metal doors for decades.  Michael Klopp, also known as  Jeerzyboy, posted this comment on CNBNews, “Dave Woods has never done anyone an ounce of harm in his life and has been the rock of his family since as far back as I can remember. Dave has always helped anyone who was in need, by either giving them cash out of his pocket, or a job at his business. For this to happen to him is beyond belief.”

If you would like to help the family a Paypal account has been set up on their behalf. A donation button appears on CNBNews

(ClearysNoteBook) in the top right-hand column of the page. If you rather not use Paypal, you can send your check, made out to Connie Woods c/o Post Office Box 164, Gloucester City, NJ 08030.

The family would like to thank you in advance for any contributions that you may offer.

It should be noted that David is the son-in-law of William E. and Connie J. Cleary Sr., the owners of this news site.

THE SUSPECT IS PRESUMED INNOCENT UNTIL PROVEN OTHERWISE

YOU CAN FIND THE CRIME VIDEO HERE

WHEN WILL THIS MADNESS STOP?

David Woods was brutally assaulted in Philadelphia last week by a vicious individual swinging a hammer. Watching the brief video of the attack, captured on a nearby store camera,  has a sickening effect on anyone with an ounce of decency.

PHILADELPHIA PA (February 20, 2014)--THE SUSPECT comes rushing up from behind the victim. Woods (in blue) turns when he hears foot steps, by then it is to late. BELOW --THE SUSPECT can be seen striking Woods with the hammer (source enlarged video frame from store camera)