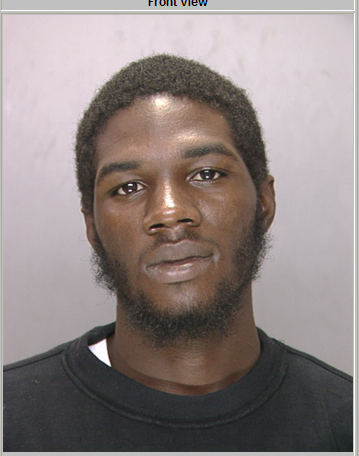 PHILADELPHIA PA (February 24, 2014)—Philadelphia Police have released the name and a photo of the suspect wanted in connection with the brutal attack on David Woods Sr., of Gloucester City. The incident occurred on Thursday afternoon, just before 5 p.m.

Woods was coming out of the Maple Deli, at 49th and Lancaster in West Philadelphia when he was struck allegedly by Nathanial Maybin Jr., age 29, from the 800 block of South 56th Street. Police said Maybin hit Woods from behind with a hammer several times. When the victim was knocked out and laying on the ground in a pool of blood, Maybin kicked him and hit him again with the hammer.

Bernard Williams, a friend of Woods saw what happened and ran to his defense. He grabbed a crowbar from the truck and chased Maybin for approximately two blocks prior to losing him around Master and Lancaster Avenue. Bernard went back to the location of occurrence and found Woods bleeding heavily, and unresponsive. He then drove Woods to Presbyterian Hospital where he was later transferred to HUP due to the trauma to his head.

On Sunday, February 23, 2014, Southwest Detectives went to The Hospital of the University of Pennsylvania to speak with Woods. The detectives said that Woods was awake and alert, but was not able to communicate.  Woods has a large laceration on his head that was stitched closed during surgery to release pressure on the brain. He will have to go through intensive speech therapy in order to verbally communicate again.

A self-employed businessman, Woods is the owner of Day or Night Door Service. He has been working in the City for several decades installing roll-up security doors.

The father of three, Woods is married to Connie Cleary Woods. The couple has been married for 26 years. They also have a 22-month old grandchild.

THE SUSPECT IS PRESUMED INNOCENT UNTIL PROVEN OTHERWISE

PHILADELPHIA PA (February 24, 2014)—Philadelphia Police have released the name and a photo of the suspect wanted in connection with the brutal attack on David Woods Sr., of Gloucester City. The incident occurred on Thursday afternoon, just before 5 p.m.