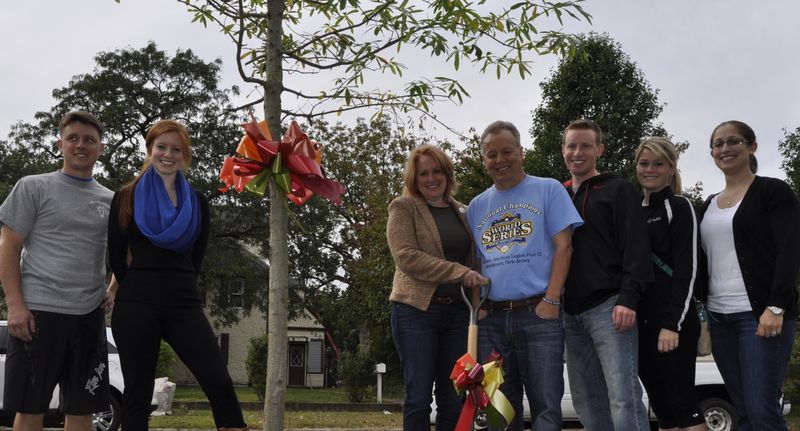 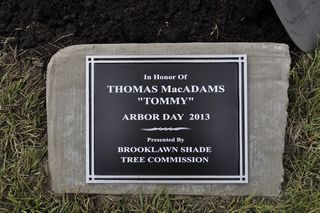 salute Tommy for his years of volunteer service to the community. Also present was Assemblyman Angel Fuentes.

Tom served on council for 18 years.

In Brooklawn, an era has ended. Councilman Tom MacAdams has stepped down after serving honorably for 17 years on the Borough Council.  It is all too fitting that Tommy be recognized and applauded for his many years of selfless contributions to the people of Brooklawn and the community of South Jersey.

With the unwavering support of his wife Dee and their three children Erin, Colin and Shane, Councilman MacAdams strove and succeeded in making Brooklawn a better place to be. Whether it be the day-to-day operation of the town, like contracts and keeping the streets clean or quality of life issues such as a new multi-purpose community gym, youth sports or the annual wiffle ball classic, Tommy has always been at the forefront to take up the cause for his neighbors.  With passion and distinction, Councilman MacAdams has made his mark…congratulations my friend, you made a difference!

On October 26, 2013, a benefit will be held in honor of Tommy to help support 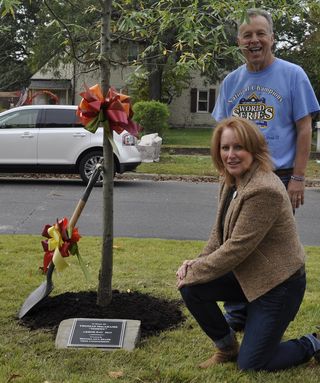 he and his family’s battle with two very rare diseases.  Tom has been an active member in the small town of Brooklawn, NJ since 1984.

Unfortunately, in the last year Tom has been diagnosed with two atypical diseases, known as Amyotrophic Lateral Sclerosis (ALS) andFrontotemporal Dementia (FTD). ALS, commonly referred to as “Lou Gehrig’s Disease”, is a progressiveneurodegenerative disease that affects nerve cells in the brain and the spinal cord. Frontotemporal Dementia is a condition resulting from the progressive deterioration of the front and temporal lobes of the brain.

Consequently, Tom’s physical and mental capabilities have been seriously affected.

Tickets for the Thomas MacAdams Benefit event will be $30 per person and $50 for a couple. Tickets can purchased in advance at Erin’s Secret Garden or from any of the contacts listed below. Tickets can also be bought at the door at the time of the event. The benefit will take place on Saturday,  October 26,  from  6:00-10:00 PM at Nexxt Level Sports, 333 Preston Ave. Voorhees NJ, 08043.