GLOUCESTER CITY NJ--(cnbnews.net)The Gloucester City Board of Education, at the July 23 meeting, named Liam James as the new coach for the boys’ high

school basketball team for the upcoming season.  James will replace Kevin Hagan. Salary for the position is approximately $5,000.

According to our sources there were five other candidates who applied for the position: Adam Carpenter, Josh Cassidy, Robert Chew, Richard Maunz, and Chuck Thomson.

As for his credentials for this position, he was an assistant basketball coach last year for the Gloucester High girls’ basketball team. According to the Courier Post, James was a star football and basketball player in high school. He played basketball under Tom Torillo and earned All-Tri-County Conference honors. James graduated from Rutgers-Camden in 2013 with a degree in history. In college he played on the Raptors basketball team.

Two of the applicants were upset, saying “politics” were being played with the selection process.

Bob Chew, (photo, right) who hand delivered his resume and cover letter to Superintendent Rafferty on May 16, said a school board member suggested he apply for the job. 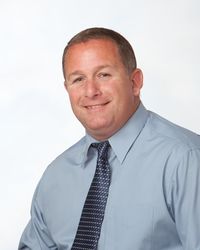 “Rafferty told me that day I would be called for an interview.”

“I waited for that call, but, it never came. I believe politics had something to do in part with the reason I was bypassed.”

As for his qualifications for the coaching job, Chew said he ran the Gloucester City mens’ basketball league held at the Mary Ethel Costello School from 1988 until 1995.

“I was an assistant basketball coach at Gloucester Catholic for one year. I was a scout for the Rams basketball program.  I ran the mens softball league for five years with Steve Cowgill.  In 2003, I organized the Gloucester Catholic vs Gloucester High alumni softball game. Money from that game is given to a graduating senior from each school. I was a high school basketball official for five-years on the varsity level with West Chapter 5. I officiated with the Joe Kelly/Bob McQuillan (South Jersey Basketball Organization) group for over 12-years prior to that starting in 1987.

“The committee in charge of interviewing applicants never gave me the courtesy of a face-to-face meeting. I never had a chance to discuss my qualifications. Leon Harris never responded when I asked him recently who saw my resume.  I will bet none of them can even tell me what is on it.  I am wondering if it is because of my affiliation with Gloucester Catholic.”

Chew said he thought it was strange that there was an advertisement in the Courier Post on July 25 seeking applicants for the head coaching position at Gloucester High. “The ad also ran two days before the Board’s July 23 meeting, the same meeting when James was hired. Why would they do that? Was it just for appearance sake?”

Chew works for the Camden County Metro Police as a homicide detective.

The other applicant said, “It happens all the time in Gloucester City, it isn’t what you know, it is who you know.” Asked for an explanation he said, “James’ father is the mayor of Gloucester City, and he is related by marriage to a number of the faculty at the high school, who happened to be coaches.” The individual wanted to remain anonymous for fear of repercussions. He didn’t elaborate.

CNBNews reached out to Rafferty (photo, left) for a response. 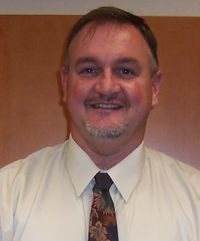 He writes, “Let me begin by stating that no one, to my knowledge, was treated unfairly in our interview process for any positions open in the Gloucester City School District.

“Mr. Chew did personally come to my office and submit his resume.  I did not feel as though this was unprofessional in any way since Mr. Chew was an old personal friend of mine.  I told him at that time that I would submit his resume as part of the process, which I did by having my secretary send his resume and cover letter to the Committee responsiblefor the first and second round interviews.  It is unfortunate that Mr. Chew felt that he would be guaranteed an interview when I stated that I would ensure that his resume would be made a part of the process.

The process that I am referring to, for which is used for all positions

open in this district is:  1.  For this particular position, I selected

a committee consisting of the High School Principal (Dr. Don), the

“Bill, this process as I have explained above, keeps the hiring of

individuals in our district fair and not political.”

Rafferty was asked why the facility director (John Kenney) was interviewing candidates for a coaching position?

"I have the facility director involved due to the use of the buildings, gym and the locker room areas. Each person at  the  table has certain levels of experience associated with asking questions associated with the position."

Part One: What is Being Done about the Blight and Housing Problems in Gloucester City

Part Two: What is Being Done about the Blight and Housing Problems in Gloucester City

GLOUCESTER CITY NJ--(cnbnews.net)The Gloucester City Board of Education, at the July 23 meeting, named Liam James as the new coach for the boys’ high

school basketball team for the upcoming season.  James will replace Kevin Hagan. Salary for the position is approximately $5,000.

According to our sources there were five other candidates who applied for the position: Adam Carpenter, Josh Cassidy, Robert Chew, Richard Maunz, and Chuck Thomson.