Cops: Bus driver in crash that killed baby was talking on cell phone; charged with death by auto

Michaelangelo Conte/The Jersey Journal July 30, 2013 7:40:04 PM EDT The bus driver in the crash that claimed the life of an 8-month-old girl inWest New York today was talking on his cell phone when the chain reaction accident began and he will be charged with death by auto, authorities said... Read more → 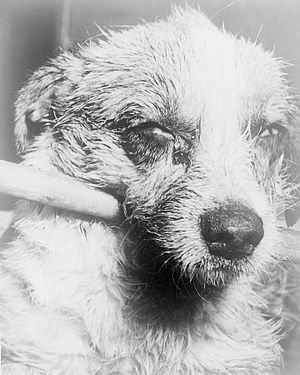 English: Close-up of a dog's face during late-stage "dumb" paralytic rabies. Animals with "dumb" rabies appear depressed, lethargic, and uncoordinated. Gradually they become completely paralyzed. When their throat and jaw muscles are paralyzed, the animals will drool and have difficulty swallowing. (Photo credit: Wikipedia) Residents Offered Tips To Prevent Disease The... Read more →

Sean J. Murphy, of Gloucester City died on July 30, 2013 at the age of 25. Beloved and cherished son of Sean T. Murphy and Linda E. Murphy (nee Barney). Loving brother of Dana and Jordan Murphy. Cherished grandson of Joseph and Lorraine Barney and Marie and the late George Murphy,... Read more →

John Dingle Jr., (DOB 6/15/92), of Newkirk St., Clayton NJ has been charged with motor vehicle violations as a result of an early morning crash on July 28 at the intersection of Jackson and Grant avenues in Franklinville NJ. Dingle received summonses for disregarding a stop sign, reckless driving, racing on... Read more →

by Slim Randles cnbnews.net We heard about the lemonade stand later, of course, as it was several blocks from where the rest of us lived, but it was only a couple of houses from Herb Collins. He had to go there. He couldn't resist. The stand was set up by Heather... Read more → 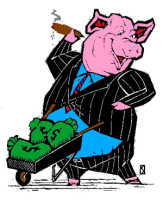 ARE YOU HIRING THE WRONG PERSON?

07/29/13 Operation Cross Country—a three-day nationwide enforcement action focusing on underage victims of prostitution—has concluded with the recovery of 105 sexually exploited children and the arrests of 150 pimps and other individuals. The sweep took place in 76 cities and was carried out by the FBI in partnership with local, state,... Read more →

Benefits on Health Marketplace Plans will be Similar, but Costs will Vary | cnbnews.net

by Michelle Andrews JUL 30, 2013 As the state health insurance marketplaces, also called exchanges, get set to launch in October, many people have questions about the coverage that will be offered there. Here are a few that were posed to me recently. Q. Are there unintended consequences of shopping through... Read more →

$20,000 Reward for Information on the Death of Carol Reiff 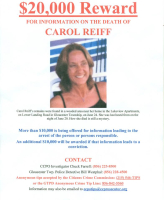 Posted by CNBNewsnet on Wednesday, July 31, 2013 at 10:00 AM in Announcements/Classifieds, CNB CRIME , GLOUCESTER TOWNSHIP | Permalink | Comments (0)

source New LifeStyles When you or your loved one is in need of senior living or immediate care, trying to find the best option is often a task that can consume your time and energy. It can sometimes feel like there are thousands of choices with no real answer. New LifeStyles,... Read more →

Posted by CNBNewsnet on Wednesday, July 31, 2013 at 09:45 AM in Announcements/Classifieds, Consumer News | Permalink | Comments (0)

July 29, 2013 NEW CASTLE, Del. - - Looking for an inside look at the fast-paced world of athletics? Hoping to land that dream job with working for a sports franchise? Wilmington University can get you there with its new Master of Science in Sports Management beginning in the Fall of... Read more →

KABUL (AFP) July 28, 2013 1:56:39 AM EDT Massoud Hossaini/AFP/File Local men watch partridge fighting at a park in Kabul, on July 5, 2013. The sun has barely risen and already dozens of men are swapping fistfuls of banknotes, frantically betting in one of the country's goriest pastimes: bird fighting. The... Read more → 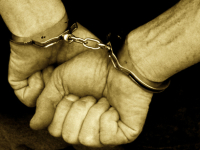 (cnbnews.net)--Over the last 4 or 5 years, Cleary's Notebook has had several stories on the wild turkey population that has been taking over Gloucester, Brooklawn and other areas... and earlier in the year GCN reporter Anne Forline published an in depth article on the local turkeys. So how about one last... Read more → 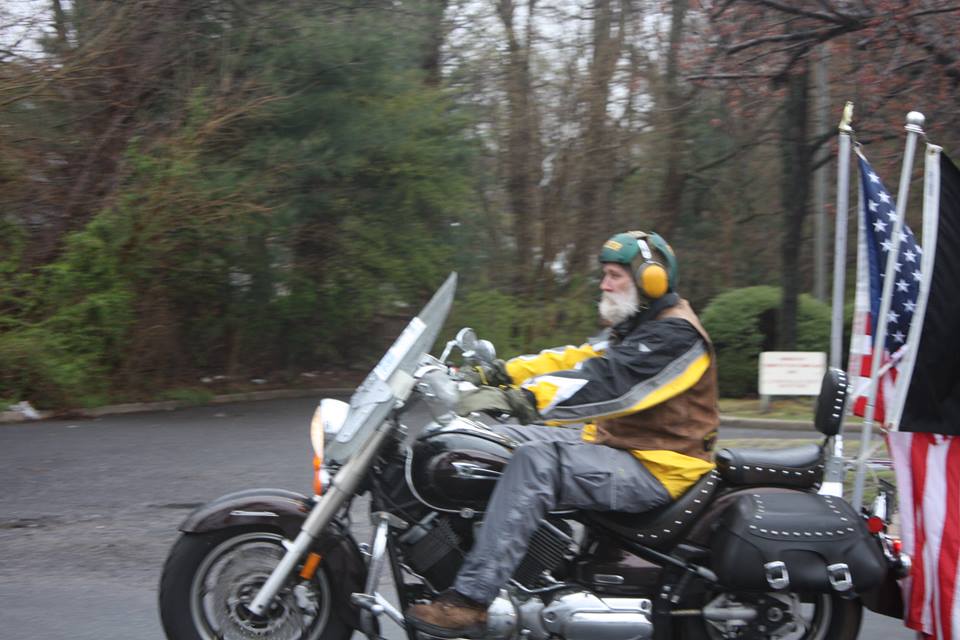 It is with deep regret we inform you of the loss of Tom "Boozer" Beitz and Moorestown Police Officer Craig Berner. We regretfully share news of the passing of Tom "Boozer" Bietz. Tom, first photo below, was a member of both the NJ Legion Riders,Warriors Watch Riders and Patriot Guard Riders.... Read more → 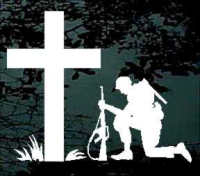 DOD Identifies Army Casualty The Department of Defense announced today the death of a soldier who was supporting Operation Enduring Freedom. Sgt. Stephen M. New, 29, of Bartlett, Tenn., died July 28, in Bagram, Afghanistan, of wounds suffered when his unit was attacked by small arms fire in the Sarobi District... Read more →

PHILADELPHIA—Amos Singleton, 58, of Philadelphia, was sentenced late yesterday to 30 years in prison for the armed robbery of an employee of the Walnut Lane Apartments at 236 West Walnut Lane in Philadelphia, in November 2010. Singleton and Corey Pasley, who worked at the apartment complex as a security guard, made... Read more →

NEW JERSEY RECOVERY FROM SUPERSTORM SANDY: BY THE NUMBERS | FEMA.gov 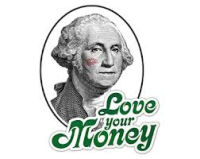 (Camden City NJ) – The Camden County Police Department is investigating a burglary that occurred overnight (early Friday morning July 25-26) at East Camden Middle School on Stevens Street. Suspects broke into the school through a gated window and then made off with a number of items from several classrooms, including... Read more → 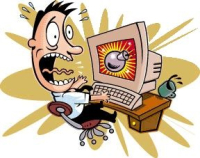 (July 30, 2013)--The University of Delaware is notifying the campus community that it has experienced a cyberattack in which files were taken that included confidential personal information of current and past employees, including student employees. A criminal attack on one of the University’s systems took advantage of a vulnerability in software... Read more →

By: T. Shelton/July 28,2013 “Chicago is the most dangerous city in the country. It is even more dangerous than Detroit.” “Yea right. I know Chicago is dangerous but it is not bad as Detroit.” “I’m serious bro, it is horrible in Chicago.” That was an excerpt from a conversation that a... Read more →

July 29, 2013 Bill Donohue comments on media reaction to remarks made by Pope Francis on homosexual priests: The pope speaks about materialism for one straight week in Brazil before millions of people, and his formal comments garner 74 news stories on Lexis-Nexis. He speaks off-the-cuff about homosexual priests before a... Read more →

By Susan Kraemer New Jersey continues its incredible solar development – now rivaling California’s, as a result of its membership in RGGI and participation in regional cap and trade and renewable energy policy that makes new clean energy investment more competitive with fossil energy through the sale of SRECs. Two New... Read more →

for immediate release Join the Borough of Pine Hill, Pine Hill Police & Fire Departments, Pine Hill Municipal Alliance and many other community organizations for the 2013 National Night Out on Tuesday, August 6th, 2013 beginning at 5:30pm at the Overbrook High School. Visit the Pine Hill Police Department on Facebook... Read more →

press release July 29, 2013 During the past 72 hours, the FBI; its local, state, and federal law enforcement partners; and the National Center for Missing and Exploited Children (NCMEC) conducted Operation Cross Country VII, a three-day enforcement action to address commercial child sex trafficking throughout the United States. The operation... Read more → 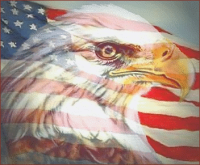 DOD Identifies Army Casualties The Department of Defense announced today the death of two soldiers who were supporting Operation Enduring Freedom. They died July 27, in Ghazni Province, Afghanistan, of wounds suffered when enemy forces attacked their vehicle with an improvised explosive device and small arms fire. They were assigned to... Read more →

Who Were In The Process Of Burglarizing A Home. On 7-26-2013 at approximately 2:30 P.M., the Gloucester Township Police Department received a call from an observant citizen, who indicated that two suspicious males had just exited the rear of a residence on Furman Drive in Glendora. The males then entered a... Read more →

press release Kendall Rollines (DOB 10/2/90), of 556 Benson St., Camden NJ was sentenced today (7/26) to seven years in New Jersey state prison and ordered to pay $2,537 in restitution to a Paulsboro service station operator for his admitted participation with others in armed robberies of the Paulsboro station and... Read more →

By DIONNE CORDELL-WHITNEY MINNEAPOLIS (CN) - Facebook misappropriates people's names, photos and identities to profit from deceptive "Sponsored Stories," which are neither sponsored nor stories, but paid advertisements, a man claims in court. Allan Mooney sued Facebook in Hennepin County Court, "for appropriating the name, photograph, likeness and identity of plaintiff... Read more →

Heavy Rains Cause Flooding of Route 130 in Gloucester City | cnbnews.net

Guest Op-Ed: Getting ready for post-Trayvon riots: Preparation? Or Profiling

By Colin Flaherty Special for CNBNews.net It seemed like a reasonable question: The AP reporter wanted to know if pundits and police over-reacted to the Trayvon verdict when they prepared for large-scale violence and chaos. I was supposed to know because I wrote a best-selling book on mob violence. Colin Flaherty... Read more →

By Bill Cleary GLOUCESTER CITY NJ--(cnbnews.net)The Gloucester City Board of Education, at the July 23 meeting, named Liam James as the new coach for the boys’ high school basketball team for the upcoming season. James will replace Kevin Hagan. Salary for the position is approximately $5,000. According to our sources there... Read more →

Posted 07/25/2013 | AMAC In The Media, Press Releases 28 PC activists want to dictate ‘what is right and what is wrong.’ They tap our sense of fair play to justify their ends. - BOHEMIA, NY, July 26 – Police would be unable to provide eyewitness descriptions of perpetrators under a... Read more →

DUSHANBE, Tajikistan (AFP) July 28, 2013 8:45:36 AM EDT Fabrice Coffrini/AFP/File Tajikistan's Andrey Drygin during the men's Super-G race of the Vancouver 2010 Winter Olympics on February 19, 2010. Tajikistan may be the poorest of the five former Soviet Republics known as the "Stans" but that does not stop the landlocked... Read more →

Volume XVIII No. 30: July 26, 2013 (TAXPAYERS FOR COMMON SENSE)--We hear it all the time from policymakers. Trust us to do a better job for the taxpayer if we do it behind closed doors -- less histrionics, less playing to the camera, less political posturing, and less need to appeal... Read more →

July 28, 2013 press release On July 25, 2013 at approximately 2:20 AM, an alert community member spotted four suspicious men dressed in dark clothing who appeared to be burglarizing a nearby car parked nearby. Officers were already in the immediate are conducting directed patrols for criminal activity, and quickly spotted... Read more →