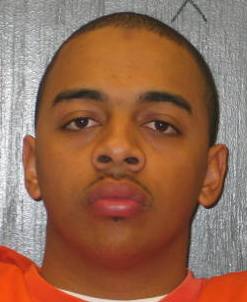 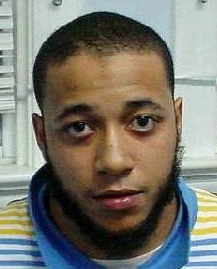 The indictments were returned June 25. An arraignment will be scheduled soon in Superior Court.

Parker and Williams were both high-ranking member of the Muslims Over Everything (MOE) street gang based in Willingboro, New Jersey. The victims were associates of the Bloods street gang. It is believed that the motive for both murders as well as the attempted murder was retaliation for a threat made against an MOE member by a member of the Bloods.

The investigation revealed that on September 20, 2008, 23-year-old Darryl Sample was fatally shot once in the chest and once in the leg as he was walking toward Beverly-Rancocas Road in Willingboro at approximately 9:20 p.m. The shooting occurred near the intersection of Manor and Melbourne Lanes. He was later pronounced dead at Lourdes Medical Center of Burlington County.

Parker and Williams, who is also known as Eric Bryant, were the alleged shooters. An associate of theirs, Tarik J. Mackins, age 32 of Trenton, drove the getaway vehicle.

Two days later, on September 22, 2008 at approximately 6:15 p.m., Deion Madison was in the driver’s seat of his Lexus in the parking lot of a Charleston Road strip mall in Willingboro. He was approached by Mackins, who reached through the open window on the passenger side and fired several shots from a .357 magnum handgun. Madison, 28, was struck five times in the abdomen, elbow and upper leg. He died four days later at Cooper University Hospital in Camden.

Parker and Williams are alleged to have planned Madison’s murder and also waited in a nearby vehicle to drive Mackins away after he fired the shots at Madison.

Mackins pled guilty in February to two counts of Aggravated Manslaughter for his role in the Madison and Sample homicides. Under terms of a plea agreement he must serve 17 years in state prison. He has not yet been sentenced.

The attempted murder charge against Parker and Williams stems from an effort to kill a Bloods street gang member on the day before Sample was killed. The pair allegedly fired shots at a car containing a Bloods member and chased the vehicle through Willingboro. Nobody was hit by gunfire.

An indictment is merely an accusation. Defendants are presumed innoc

The indictments were returned June 25. An arraignment will be scheduled soon in Superior Court.