Tax and Spend, Only in America, Board Official v. Activist, Et Cetera | cnbnews.net

(cnbnews.net)TAX AND SPEND--Gloucester City council adopted two bond ordinances at the May 6 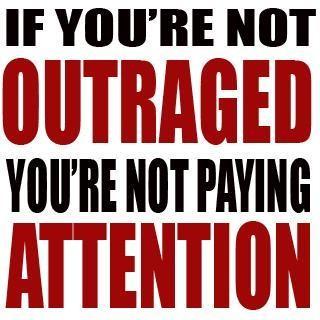 how to speak English if they wanted to better themselves. But today, things are much different. For example, just last week 12 Hispanic custodians employed by the Auraria Higher Education Center, Denver, Colorado, filed a discrimination complaint against the campus operator claiming their work related orders and instructions are only being given in English, a language they don’t speak. The Equal Employment Opportunity Commission is reviewing the case, but the complaint could ultimately wind up before a federal judge, CBS 4 Denver reported. The custodians claim the Auraria Campus is deliberately keeping “employees that only speak Spanish in the dark on the terms and conditions of their employment, changes in their working status, safety and more,” the report said. Bertha Ribota told CBS “she was injured at work because she couldn’t read a warning sign that was in English.”

Do you think if you or I were working for a school district in Mexico, and couldn’t speak Spanish, you be able to file a discrimination complaint in that country? If you do, I have a bridge you could buy for just $5!

COYLE v SCHMIDT ROUND THREE--The Marianne Coyle harassment hearing has been rescheduled for 10 a.m. on June 19 in Winslow municipal court, according to the Gloucester Township Patch. Coyle filed a complaint against John Schmidt after a February board meeting. Schmidt had aggressively questioned her about being the treasurer of a local political action committee while running for and now sitting on the Gloucester Township school board. She alleged that Schmidt, a Gloucester City resident, confronted her after the meeting in a hallway and "yelled and screamed" at her.

Republican Club to run for the Third Ward Council seat. Republican Chairman Wil Levins said he didn’t accept his application. Being shunned in his home town, Schmidt headed further south and landed in places like Gloucester Township, Pine Hill, Clementon and even in Runnemede. Therehe went on a crusade to stop parents from parking in the yellow zone outside two schools in Runnemede, even though he doesn't live in the town or have children in the school district, Fox 29 News Philadelphia reported.

Tax and Spend, Only in America, Board Official v. Activist, Et Cetera | cnbnews.net

(cnbnews.net)TAX AND SPEND--Gloucester City council adopted two bond ordinances at the May 6