BLIGHT IS SPREADING IN GLOUCESTER CITY 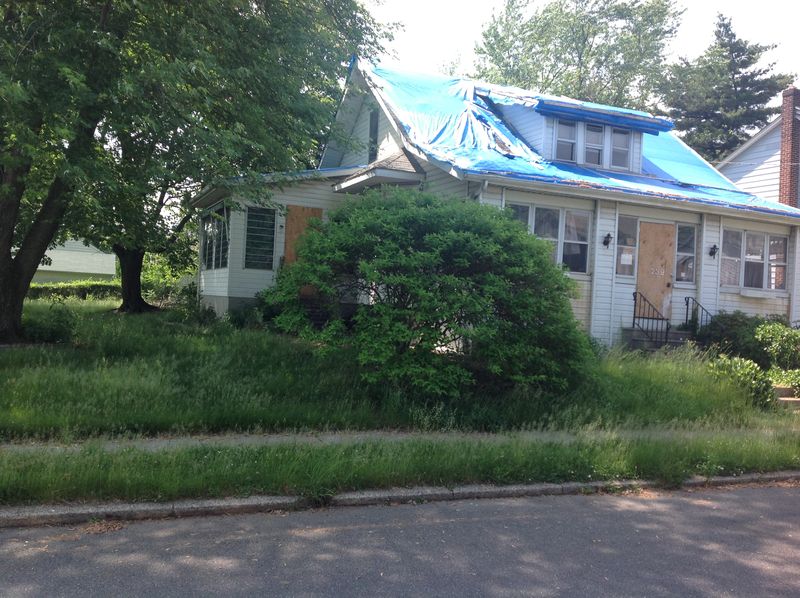 “Imagine being the guy  living next door to that and trying to sit in his backyard having a burger.”

Gloucester City, you see, won’t stand for overgrown yards, trash left out or homes falling apart. City officials say they’re not out to harass people or raise revenue, but rather want to maintain a town with many aging buildings.

Over the summer the city bumped up its fine structure for maintaining a disorderly house, to $1,200. Other fines can go as high as $2,000, and some carry per-day fines that grow over time with noncompliance. The city even has a police officer who assists in targeting vacant and abandoned properties.

Grass, weeds or brush over 10 inches high are considered as being overgrown. The grass sprouting from cracks in the sidewalk is a violation as well. The city puts a $200 tax lien per man per hour to have it cut away.

During a tour of properties last week, Mayor William James stood in amazement outside a Mercer Street building whose side and back yards were covered in vegetation. Stecklair scribbled down the address as a reminder to draft a letter to the owner.

“It’s like we’re living in the hills of West Virginia,” James said as mosquitoes swarmed around a nearby bush. “Imagine being the guy next door living next door to that and trying to sit in his backyard having a burger.”

In addition to normal patrols by police and the city’s zoning officer, James, Police Chief George Berglund and City Administrator Jack Lipsett sometimes walk with Stecklair to get a better look at problem properties.

It is great that Gloucester City is making an effort to clean-up blight. However, as the pictures attached to this article show, that blight from the west side of Gloucester City has spread to homes on the east side of our community.

Grant you some of these homes are abandoned, but that doesn’t mean they should be allowed to remain looking this way. As Mayor James mentioned in the article, conditions we show in these photos are health hazards and are unpleasant to look at. Plus, neglected properties devalue the other homes in the neighborhood.

Some of the homes pictured have looked this way for more than a year.

Every spring/summer for the last several years CNBNews has run at least one photo of a property on this side of the tracks that has overgrown weeds standing several feet high. And, unless we complain the properties never get cited.

A resident should not have to protest about the unsightly property next to his or her home. That is why we have a Housing Officer. Mayor and Council has given him the power under Chapter 25 of the “Gloucester City Housing Code, titled Brush, Weeds and Debris”, to have the weeds cut and the debris removed using city employees. The city can charge the owner of the offending property at a rate of $200 per man hour. The ordinance also gives the city the right to file a lien against the property to collect that fine.

The last photos in the string are of the windows with the peeling paint on the Municipal Building at Broadway and Monmouth Street.

If Gloucester City is still issuing tickets for early signs of blight, it should begin with the owners of these homes, including the property own by the city.

This quote by Mayor James to the reporter last October says it best: “It’s a direct reflection of your city government if they don’t address stuff like this.” 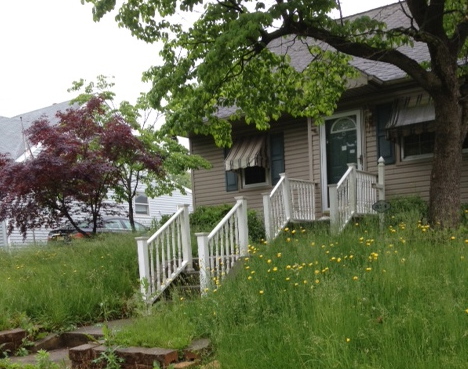 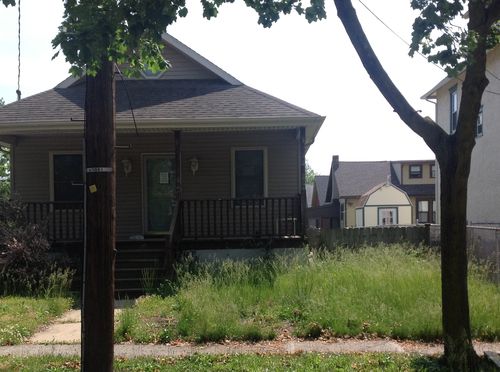 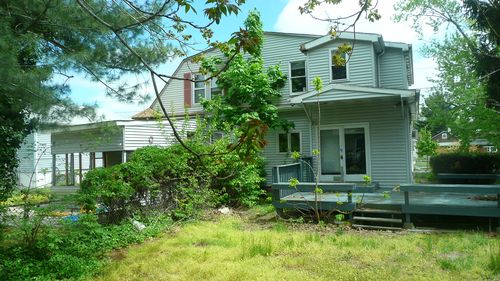 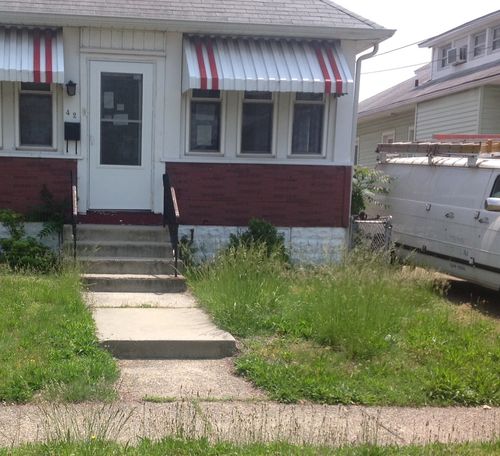 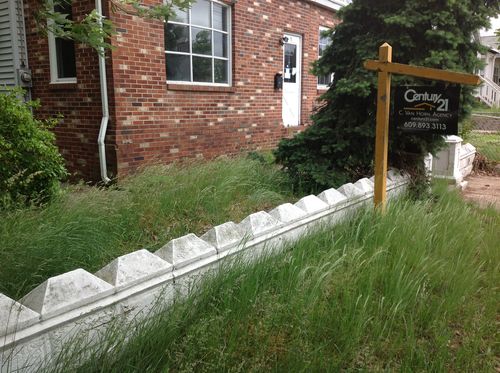 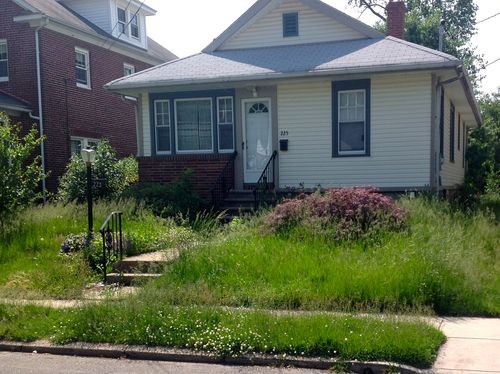 Orlando Avenue--Grass is over 10 inches high 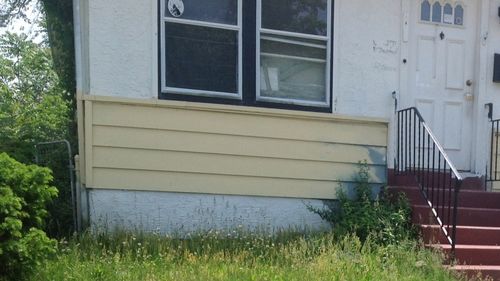 North Stinson Avenue-Grass is over 10 inches high, trash and debris 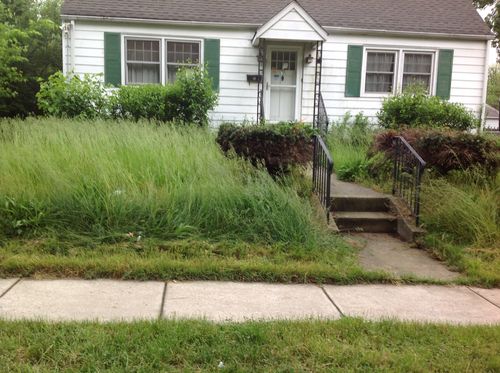 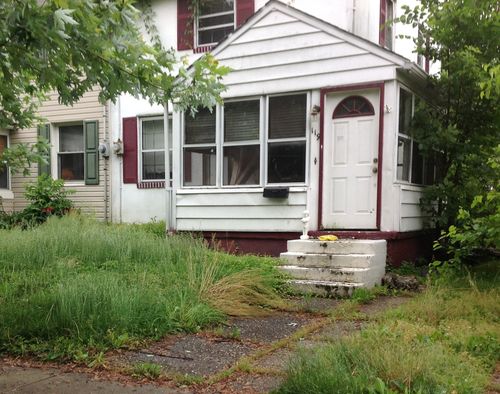 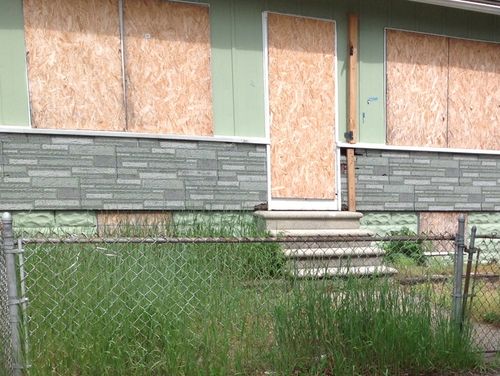 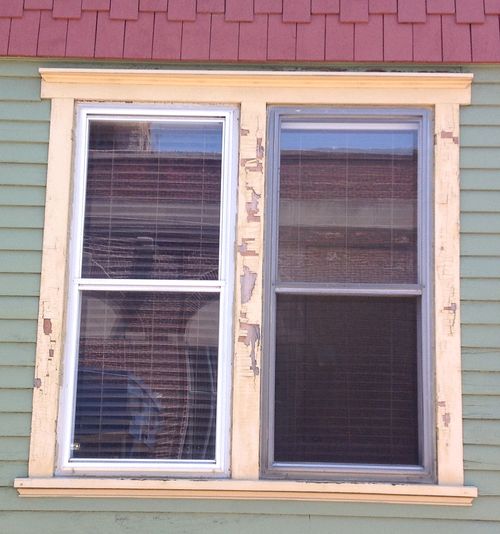 Gloucester City Municipal Building, Paint peeling off all of the widows, west side of the building 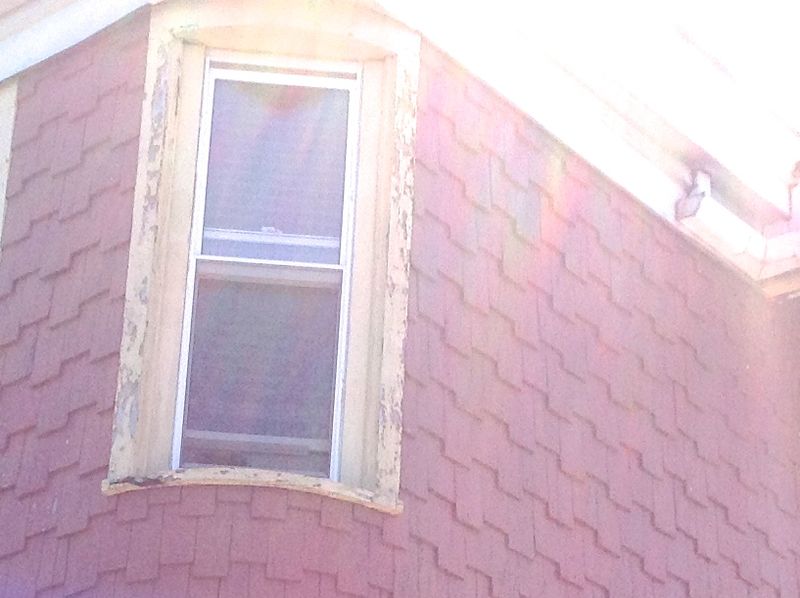 Mayor James sees keeping a clean town as an essential duty for both the citizens and their city.

To register a complaint about a property in your neighborhood call

You can also take a photo of the property and send it to CNBNews@verizon.net. We will post it on our website.

BLIGHT IS SPREADING IN GLOUCESTER CITY

“Imagine being the guy  living next door to that and trying to sit in his backyard having a burger.”