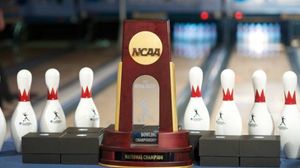 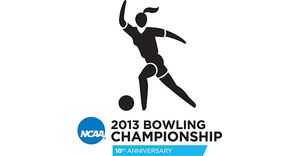 Editor’s Note:  Raymond Rolak is a veteran sports broadcaster who narrated the 1987 award winning television special, “The Hobey Baker Story” featuring Tony Hrkac. He is a regular contributor to CNBNews.net.

Super Bowl Lanes in Canton, MI - April 11-13
by Raymond Rolak
special to CNBNEWS
The University of Detroit-Mercy along with the Detroit Sports Commission will host the 2013 NCAA Women’s

Bowling Championships April 11-13, at Super Bowl Lanes in Canton, Michigan.  Featured will be the top eight teams from NCAA institutions that sponsor bowling as a varsity sport.
It will be the second time in three years that Detroit has hosted the NCAA Women’s Bowling Championships. “The Detroit Sports Commission is pleased to again host the National Collegiate Women’s Bowling Championship,” said Dave Beachnau, DSC executive director. He added, “Our strong relationship with the NCAA, along with the tremendous support of the University of Detroit-Mercy and Detroit’s history as bowling capital of the world lends to the success for this event.”