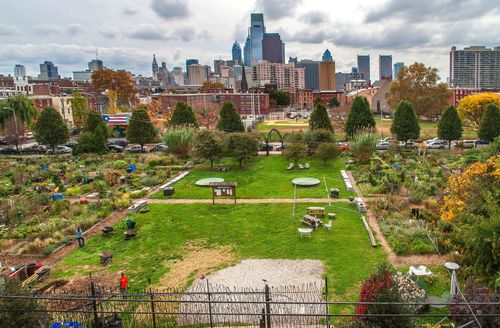 "Philadelphia is a city of neighborhoods, each with its own distinct personality and attractions from museums and music to restaurants and historical venues, not to mention great shopping," said Mayor Michael A. Nutter . "Our goal is to encourage visitors and residents alike to look at what all of Philadelphia has to offer, beginning with these 14 vibrant neighborhoods surrounding Center City."

"This isn't our first time promoting Philadelphia's neighborhoods," said Meryl Levitz , president and CEO, GPTMC. "Starting with our Neighborhood Tourism Network in the 1990s and including current campaigns such as Philly Te Ama , With Art Philadelphia™ and Philly 360 degrees®, GPTMC has been uncovering the creative energy happening all over the city for years. And we're not finished yet."

The Marketing:
The campaign uses GPTMC's proven website, social media assets and public relations to amplify the neighborhood message. And, of course, all GPTMC campaigns begin with research and the guidance of an advisory committee.

The Greater Philadelphia Tourism Marketing Corporation (GPTMC) makes Philadelphia and The Countryside® a premier destination through marketing and image building that increases business and promotes the region's vitality.

For more information about travel to Philadelphia, visit visitphilly.com oruwishunu.com, where you can build itineraries; search event calendars; see photos and videos; view interactive maps; sign up for newsletters; listen to HearPhilly, an online radio station about what to see and do in the region; book hotel reservations and more. Or, call the Independence Visitor Center, located in Historic Philadelphia, at (800) 537-7676.

This article, GPTMC Launches Philadelphia Neighborhoods Campaign, is syndicated from PR Newswire and is posted here with permission.