Gloucester City Board of Education Says School Choice Idea has Been Dropped...For Now 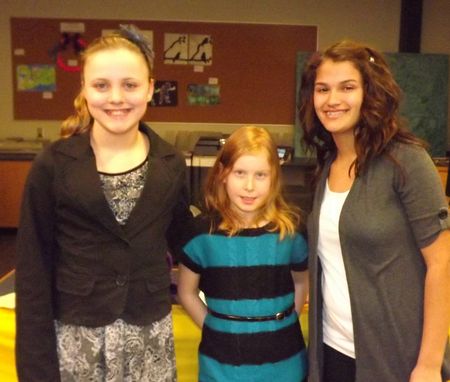 Although Rafferty had previously stated that school choice provides an alternative funding source that would enable the district to maintain programs, he further clarified: “We are backing off of school choice at this time because now, there are too many questions.”

The superintendent expressed concern about the district accepting school choice students whose needs they would not be able to meet.

Rafferty said that previously those students could be returned to their sending district, but now the state is changing its policy on that.

Because of the many concerns and questions the Board has, Rafferty reiterated, “We do not want to pursue it right now and are backing off of school choice at this time.”

School Board members Kathleen McHugh and Bill Johnson both said they were against school choice.

McHugh said, “The School Innovation Committee was created as a means of looking into other funding and to sell our district to keep our kids here. Our main concern is getting the new middle school built.”

In other matters, Rafferty said he has been speaking with Police Chief George Berglund in order to allow the Gloucester City Police Department to have “unfettered access” to all of the district schools 24/7.

The School Board voted to approve all matters on their agenda, including approving the purchase of five SMART-Boards at a cost of $25,236 from Total Video Products through the PEPPM State Contract Pricing, which is a purchasing cooperative.

Board Member Adam Baker asked if this purchase would be for new SMART boards or replacements.

Technology Director Janet Kauffmann said this purchase would be for replacements, and added, “They usually last about six years, but we get about 8-10 years out of them.”

The Board approved the advertising for the Public Hearing on the upcoming 2013-14 Budget, which will take place on Tuesday, March 26, 2013 at 7 p.m. in the Gloucester City High School Media Center.

During the meeting there were two presentations before the Board.  Also, student representatives from Cold Springs School, Mary Ethel Costello School and Gloucester City High addressed the BOE and gave updates.

Student Rick Gaskill spoke about the Robotics Camp offered at the after-school programs of both Mary  Ethel Costello and the High School.

Curriculum Director Dr. Liz Curry said, “The district is fortunate to have this program that is funded through the 21st Century Grant.”

Of the 15-week program, Rick said that he and other robotics club members learned about complicated technology, problem solving, following instructions and using tools. Rick added, “Being in this program will help me in math and science.”

Speaking on behalf of the Penn Literacy Network (PLN), Kathy Genzano and Bernadette Janis co-presented to the Board about this program.

Dr. Curry spoke of PLN by stating, “Teachers ask to include PLN because it works.”

Both Genzano and Janis explained that PLN was founded and based on active engagement.

They said that because of the program, students become actively engaged in critical thinking through reading, writing, talking and constructing meaning.

As for the student representatives, third grader Rylie Marcheski from Cold Springs Schools commented on the good turnout at the recent parent-teacher conferences and at the Book Fair.

To demonstrate this trait, the students were encouraged to show everyone what they knew and what they can and should do.

Sophia also said the MEC girls’ basketball team went undefeated in January, and won its last game 17-3 in a “nail-biter” against Holy Trinity.

She also announced that on February 27 there will be a Financial Aid Night at the high school to help students prepare the Free Application for Federal Student Aid (FAFSA), with the time to be announced.

Stephaine also said that preparations and practices are underway for the annual play, “How to Succeed in Business Without Trying,” and will be performed on April 11, 12, 13 (times to be announced).

The BOE will convene again for a caucus meeting Thursday, March 7, at 7 p.m. and again for its regular meeting on Tuesday, March 12, at 7 p.m. All meetings take place in the Gloucester City High Media Center.

Gloucester City Board of Education Says School Choice Idea has Been Dropped...For Now