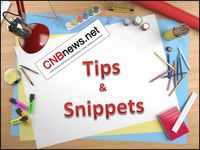 Gloucester City employees flew to Orlando, Florida on Friday to attend a conference on housing held at the Royal Marriott hosted by NeighborworksAmerica. They included: Mayor’s aide Bob Bevan, Housing Officer Joe Stecklair and Patrolman Bill Johnson. Bevan said the all-expense weekend trip was paid for by the host, NeighborworksAmerica.

Lindsay Moore a spokesperson for the organization said, "Over 1000 people registered for the conference. These people are from all different occupations and committed to improving communities. They leave the Community Leadership Institute with enhanced skills to work at the community level like building partnerships, coalition building, and learning how to build green communities. States from every part of the country were represented. For example, the following were represented: North Little Rock, AR; Phoenix, AR; San Francisco, CA, Ventura, CA; Richmond, CA, San Diego, CA, Sacramento, CA; Hartford, CT; Atlanta, GA; Kapolei, HI, Denver, CO, South Bend, IL, Boston, MA; and many others."

Bevan said Officer Johnson has been assigned to help the City Housing Office deal with problem rental properties, “That is why he attended the conference.”

CNBNews heard about the Florida trip on Saturday and reached out to six-year City Councilman Nick Marchese to see if he knew anything about the latest gossip and he replied no. We also reached out to Mayor William James on Saturday night, via Email and on Sunday morning via phone for more details. As of this posting we are still waiting for the mayor’s response.

We asked Bevan why there hasn’t been some publicity about the City participating in this program and attending this conference? He said, “This was a spur of the moment trip. We (the City) just joined the organization two months ago.”

YOUR MONEY-Gloucester City Mayor and Council amended Bond Ordinance 15-95 at its October 18 caucus meeting to provide $85,000 to dredge the river at the city marina. Bond ordinance 15-95 totaled $902,500. Of that amount $355,000 was for public works vehicles and fire department vehicles, $67,500 for computer and office equipment, $250,000 for the improvements to the river wall at Proprietors Park and dredging of the river, and $230,000 for improvements to City buildings, including the City Hall, the Municipal Building, the Monmouth Street Railroad Station and the King Street Fire Station.

At the same meeting Council awarded a Professional Service contact in the amount of $19,740 to Underwood Engineering for the design of a reinforced concrete wall to replace the existing river stone wall at Proprietors Park. The City also hired S.T. Hudson Engineers for assistance in obtaining maintenance dredging permits for the Gloucester City Marina for a fee of $6,000.

A new 2012 Vann Ram 5500 HD chassis cab with plow and liquid spray system for the City’s Environmental Utilities Department was purchased from H.A. Dehart and Son, Thorofare for the price of $91,887.

City Administrator Jack Lipsett said no new employees have been hired. “These employees just received new titles. The salary for Parent and Wagner stayed the same. Gerber and Zuccarelli did receive a pay raise as they have been doing mechanic work along with their regular jobs for sometime. As a result they are saving the City money.”

Mayor and Council, at the October 25 regular monthly meeting, awarded a $31,600 contract for new holiday decorations to Design Decorators Inc, of Philadelphia. They also approved the grant application to the NJ State Department of Transportation to repair Cumberland Street. Bills totaling $1,210,978 were approved to be paid.

Gloucester Catholic Alumnus Stephen Bruno (class of 2009) has been a Chicago Cub for only a few months, but he's shown just how versatile he can be in
that short amount of time. During his summer debut with Boise in the short-season Northwest League, Bruno played all over the field. Most of his action came in the infield, spread fairly evenly at second base, shortstop and third base. But the University of Virginia product also started getting some reps in the outfield. The Cubs thought, "Why stop there?" While in Arizona this fall for instructional league play that concluded last weekend, they asked Bruno to slide behind the plate and do some catching. Bruno wasn't seeing any game action, but was getting some time catching bullpens and side sessions. (see via mlb.mlb.com).

Bruno, of Audubon NJ,  was a star baseball player at Gloucester Catholic High School . He also played ball for the Brooklawn American Legion for several years. After graduating from GCHS he received a full scholarship for the University of Virginia. In June, after playing three years for the Cavaliers, he signed with the Chicago Cubs as a seventh round draft pick.

Thank you tipsters for your help with this article.  If you have a TIP send it tocnbnews@verizon.net

See Op-Ed The Silence is Deafening

Gloucester City employees flew to Orlando, Florida on Friday to attend a conference on housing held at the Royal Marriott hosted by NeighborworksAmerica. They included: Mayor’s aide Bob Bevan, Housing Officer Joe Stecklair and Patrolman Bill Johnson. Bevan said the all-expense weekend trip was paid for by the host, NeighborworksAmerica.