Melanie Sloan, CREW spokesperson said, "News Corporation, Fox’s parent company, has been embroiled in one of the biggest media scandals of all time.

Reporters and editors bribed public officials and hacked the voicemails of politicians, celebrities and crime victims, while top executives — including Rupert Murdoch — either approved the conduct or turned a blind eye. 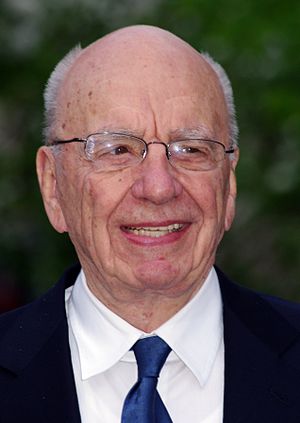 Since last May, when we asked FCC Chairman Julius Genachowski to revoke News Corp.’s 27 broadcasting licenses here in the United States, a British House of Commons Committee concluded Mr. Murdoch is “not a fit person to exercise stewardship of a major international company.”

To say Mr. Murdoch does not possess the “good character” required to hold a broadcast license in the United States is a colossal understatement: his conduct has been downright despicable.

If Mr. Murdoch doesn’t meet British standards, he certainly can’t meet ours. The Atlantic Ocean has no character-cleansing properties.

We’ve built a strong case against News Corp. in our petition, supported by almost 500 pages of exhibits, but we can still use your help.  The FCC allows citizens to fileinformal objections to a license renewal.  "

CREW: Citizens for Responsibilty and Ethitics in Washington

Melanie Sloan, CREW spokesperson said, "News Corporation, Fox’s parent company, has been embroiled in one of the biggest media scandals of all time.