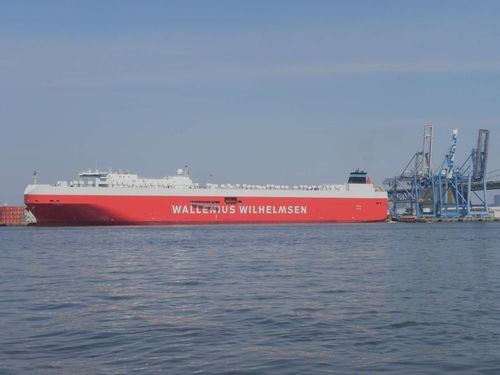 “We’re excited to be handling the unloading of such massive ships,” Whene said, noting that a similarly sized sister ship, the Tonsberg, visited Philadelphia in April 2011. “These

ships are a sight to behold.” 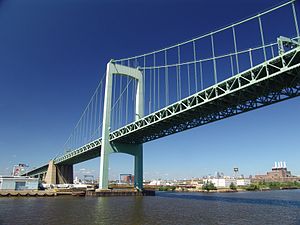 “We’re always working to improve our facilities and capabilities in order to successfully compete in an increasing complex and challenging global world,” said Thomas J. Holt, Jr., President of Astro Holdings, Inc., which leases PAMT under a long-term concession with the Philadelphia Regional Port Authority. “Bringing in massive ships such as the MV Tysla shows that our efforts are working, and we expect to attract additional new business in the months and years ahead.”

The MV Tysla is 265 meters long and has a cargo volume of 138,000 cubic meters. It has a capacity of 8,500 car-equivalent units (CEU). There are six fixed and three hoistable decks.  Norwegian shipping firm Wilh. Wilhelmsen said the ship has more flexibility to carry high and heavy cargo, and also was built to be environmentally friendly, using nearly 20 percent less fuel than older ro/ro ships.

The vehicles that arrive at PAMT are processed at a 100-acre auto finishing facility at Pier 98 Annex at Columbus Boulevard and Oregon Avenue by the Walt Whitman Bridge.  Once completed, those cars leave the facility by truck and possibly in the future by rail.

About PRPA and the Packer Avenue Marine Terminal

The Philadelphia Regional Port Authority is an agency of the Commonwealth of Pennsylvania which owns the Packer Avenue Marine Terminal among others on the Delaware River. Packer Avenue is the largest of its facilities at more than 100 acres, which comprises six modern berths totaling over 3,000’ and seven ship-to-shore gantry cranes up to Post-Panamax dimensions. PRPA is the lead agency for the Delaware River Channel Deepening Project.