Point of View: A GIANT BLACK HOLE FOR TAXPAYERS BUCKS?

“Camden Can Come Back!”

For nearly forty years you and I have heard this from Camden politicians and even  seen it on bumper stickers. But, can that hopeful catch-phrase still be believed?

Congressman Rob Andrews (NJ-D) announced last week that Camden City schools’ will receive a $700,000 federal grant to improve student health and wellness and sustain teaching jobs for the district’s physical education department. Awarded through the U.S. Department of Education’s Fit for Life Project, these grants target underserved communities throughout the nation to promote physical activity and nutrition and combat obesity and other chronic diseases.

Not much fanfare over the announcement. No wonder. At times it seems a month doesn’t go by that Camden City isn’t receiving some kind of taxpayer funded grant be it state or federal.

For example, a few days ago the Camden County Freeholder Board notified the public that a $3 million state grant will fund major improvements on Martin Luther King Boulevard from 5th Street to the waterfront. 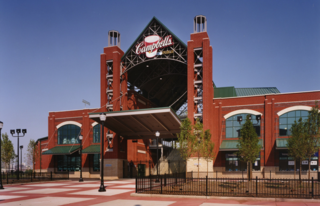 Politicians will be quick to point to the many entertainment venues along the Camden City waterfront as a focus point to show the City is making a comeback.

Likewise they will suggest the improvements to the area surrounding the Cooper University Hospital is further proof.

However if you go beyond those areas you’ll find blighted neighborhoods that look like a bomb was dropped. According to CamConnect.org in 2010 over a third of all residents, nearly half of the families with children under 18, and nearly 60 percent of single-female-led families with children in Camden were living in poverty.

In 2010 a middle-aged couple with no kids would have to make less than $14,602 over the previous 12 months to be living in poverty, whereas the poverty line for a family of six with four kids was set at $29,137.

The Camden City public schools has also received millions of federal and states dollars but yet the district is still classified by the New Jersey Department of Education as being in District Factor Group "A", the lowest of eight groupings. District Factor Groups organize districts statewide to allow comparison by common socioeconomic characteristics of the local districts. From lowest socioeconomic status to highest, the categories are A, B, CD, DE, FG, GH, I and J.[5]

Sadly too a 2011 audit by the US Department of Education of the Camden School District suggest that some of the money coming from our pockets is not being handle properly. The audit revealed that the district could not provide a universe of contracts expended with ESEA funds and overpaid contracted vendors. Camden could not support $4,526,936 for contracts that were missing or improperly executed. In addition, Camden had inadequate documentation to support expenditures of $1,039,661 for some of those missing or improperly executed contracts and $3,007,489 for properly executed contracts.

Additionally, Camden did not comply with applicable Federal requirements when procuring goods and services. Specifically, Camden did not perform any cost or price analysis for competitive and noncompetitive contracts and did not maintain sufficient documentation to support its competitive procurement process. Further, Camden’s rationale for awarding noncompetitive contracts did not comply with State statutes, and contracted vendors provided services before the Board approved them or before Camden signed the contract. Camden did not date all signed contracts. Camden lacked internal controls in its accounting for procured goods and services, which resulted in misallocated expenditures, duplicated budgets, and duplicated encumbrances.

Will Camden ever make a comeback? Is it destined to remain a poverty stricken, high crime community? Only time will answer those questions. In the meantime if history is any indication your tax dollars will continue to flow into that City.

Camden, New Jersey is among the poorest and most dangerous cities in America. RT's Anastasia Churkina reports on the extent of the damage, and whether this ghost town - but once industrial giant - could end up disappearing off the face of the Earth.

Point of View: A GIANT BLACK HOLE FOR TAXPAYERS BUCKS?

“Camden Can Come Back!”

For nearly forty years you and I have heard this from Camden politicians and even  seen it on bumper stickers. But, can that hopeful catch-phrase still be believed?