If he is to win, he must proudly articulate his GOP platform to all, not just some

Without a doubt, this presidential election will be close.

Sure, some in fantasyland have already coronated Mitt Romney, predicting a November romp. But in reality, the race will come down to a few swing states where Hispanics will be a --- and possibly the --- crucial voting bloc.

As of now, Romney’s Latino support is abysmal, as he trails President Obama by over 40 points.

Despite this, Mitt’s strategy is to pander to Latinos. Rather than addressing them as Americans instead of Hispanics, he thinks he can curry favor by acting as if he is 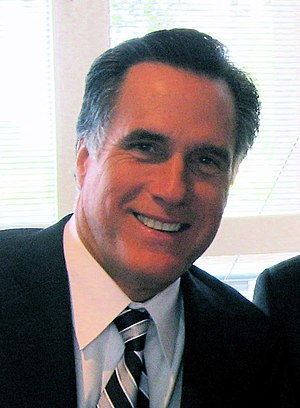 Maybe Mitt shouldn’t be catering to Hispanics at all.

If he really wants to become President, he should run as a proud and unapologetic Republican, speaking from the heart --- in language to which voters can relate --- to everyone, not placating specific audiences by telling them what they want to hear.  If Romney is to be successful, he must articulate why his Party offers the best solutions, not just for a brighter America, but a better life for all its citizens.

Most Americans have common interests, and share common problems. Who doesn’t want affordable health care, first-rate education, common sense immigration reform, and a booming economy? The candidates stand in stark contrast on these issues, with the President believing government knows bests, while Romney feels (theoretically, anyway) that individuals are most qualified to make decisions.

America was founded by people pulling themselves up by their own bootstraps, where investing blood, sweat and tears was, and still is, richly rewarded.  Since the Republican Party is more closely aligned with that philosophy, Romney should have a leg up.  But rather than capitalizing on that advantage, he too often punts by trying to be all things to all people. And pandering to the Latinos is just the latest example.

Instead of trying to speak Spanish, pretending Florida Senator Marco Rubio may be his Veep choice, or eating at a Cuban restaurant, Romney should be explaining how the Republican Party offers real solutions to the problems all Americans face --- Hispanics included.

Just as important, he needs to address his own Party’s failures the last time it held power, and do what his predecessors did not: lead by fostering competition and placing decision making power back where it belongs--- with the people.

Incomprehensibly, Romney refuses to answer whether he would repeal Obama’s executive order of halting deportations of undocumented young people who came to the U.S. before age 16.  In typical Romney fashion, Mitt has alienated all sides because he won’t commit to a position, let alone stick to it.

As he is finding out, that’s not a problem with just the Latino community.  It’s a disaster with everyone.  Obama may not have delivered much Hope and Change, but voters will reward a politician for trying to make a difference versus one afraid to take a stand.

Since Romney’s campaign thus far has been more gaffe and flip-flop than substance, and Obama is sitting on a billion dollar war chest, Mitt will have to turn on his “A” game quickly. How? By aggressively making the case:

-That building a border wall to stop illegal aliens --- and terrorists with possible WMDs --- is in no way a racist or “disenfranchising” act, but a smart, common sense measure. Protecting the jobs, wages and security of citizens and legal immigrants alike is a policy most voters will find favorable.  Articulated correctly, upholding the rule of law and respecting legal immigrants who pursue the path to citizenship the right way, is a winner.  And he should dispel the myth that all voting Latinos oppose border walls, deportations, and illegal immigrant crackdowns, since, in many respects, that community stands the most to gain by backing compassionate but tough immigration reforms.

Note to Mitt: It would also help to point out that the United States opens its arms to more immigrants every year than every other country combined, and that a sound immigration policy benefits Hispanics, blacks, whites, women --- in short, everyone.

-That government-mandated health insurance places bureaucrats in charge of life and death decisions, and that meaningful reform can only be achieved by allowing insurance to be bought across state lines (creating competition and slashing premiums), reducing the frivolous lawsuits favored by trial lawyers, and eliminating health care accounts with a “use it or lose it” policy.

-That the way to boost the economy is not by growing government and incurring more debt, but by reviving American manufacturing, made possible by having the world’s cheapest energy. Solution: responsibly open the planet’s largest oil and natural gas reserves, which happen to be in America.

Note to Mitt: Everyone benefits from cheap domestic energy and a booming manufacturing economy.

-That the best way to optimize America’s productivity is by having the most educated workforce in the world. But since the U.S. ranks near the bottom in math, science, reading and literacy compared to its global competitors (despite record spending), Mitt needs to break the logjam in attaining educational excellence by instituting school choice, expanding charter schools, and allowing the private sector to have a greater role in educating our children --- indeed our future.

It’s no secret that some of the poorest, least educated and unemployed segments of the population are within the Latino community.  Republicans who spew the same meaningless rhetoric at Hispanics, while failing to address these issues, look foolish and out-of-touch, since it is both patronizing and insulting.  And that is precisely why the GOP continues to see its standing with them plummet.

Should Romney break the mold, serious progress could be made. While he still wouldn’t win a majority in this election, he could at least stop the hemorrhaging.  Straight talk about how the Democratic Party sold out these folks long ago, takes them for granted in every election, and does not possess the vision necessary to lift them to greater heights, would prove infinitely more effective and pay huge dividends in the future.

Given the electoral power of the Latinos, will Romney do what it takes to win them over?

An accredited member of the media, Chris Freind is an independent columnist, television/radio commentator, and investigative reporter who operates his own news bureau, www.FreindlyFireZone.com. He can be reached at CF@FreindlyFireZone.com

Posted by CNBNewsnet on Friday, June 29, 2012 at 12:00 AM in FREINDLY FIRE by Chris Freind, General/Political News, GUEST OPINION/EDITORIAL | Permalink | Comments (1)

If he is to win, he must proudly articulate his GOP platform to all, not just some

Without a doubt, this presidential election will be close.

Sure, some in fantasyland have already coronated Mitt Romney, predicting a November romp. But in reality, the race will come down to a few swing states where Hispanics will be a --- and possibly the --- crucial voting bloc.

As of now, Romney’s Latino support is abysmal, as he trails President Obama by over 40 points.