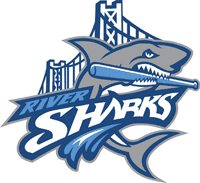 The Legends vs The Champions to feature players from the Phillies 1980
and 2008 World Series facing off against Philadelphia area
legendary sports stars; All for charity

The game will be played on July 11, 2012 at Campbell’s Field, home of the Camden Riversharks professional baseball team, as a prelude to the Atlantic League All-Star Game, presented by Horizon Blue Cross Blue Shield of New Jersey,which will begin at 7:05pm.  The Legends vs Champions Celebrity Softball game will begin at 5:00pm with gates to open at 4:00pm.

There are a variety of sponsorship packages available including tickets, signage, access to post-game Meet-and-Greet and more. For more information visit JawsSoftball.com.

Jaws Youth Playbook was founded by ESPN Analyst and Former NFL Quarterback Ron Jaworski. Jaws Youth Playbook’s mission is to support the health and wellness of at-risk youth in the community while advocating the access to safe play and healthy choices. www.JawsYouthPlaybook.org

The Kisses for Kyle Foundation was established in memory of Kyle Snyder who lost his life to leukemia in 1998. Kisses for Kyle offers a variety of services to families fighting childhood cancer in the Delaware Valley.www.kissesforkyle.org

The Camden Riversharks are entering their 12th season in the Atlantic League of Professional Baseball. Since 2001, the Riversharks have hosted all of their home games at Campbell’s Field, located along the Camden Waterfront.  The team provides a competitive baseball product, while maintaining an affordable family friendly atmosphere.  For more information please visit www.riversharks.com

The Legends vs The Champions to feature players from the Phillies 1980
and 2008 World Series facing off against Philadelphia area
legendary sports stars; All for charity