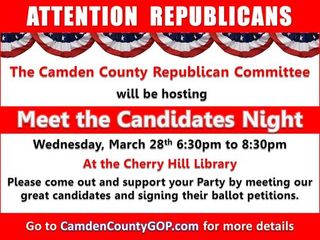 Competition is always robust for grants under the NJDOT Local Aid program, with 374 of 661 FY 12 Municipal Aid grant applications, or 57 percent, earning an award.

“The Christie Administration strongly supports funding for Local Aid because it understands how important it is for government at all levels to provide safe streets and roads for motorists and pedestrians alike,” said NJDOT Commissioner James Simpson.  “These grants advance local projects without placing a burden on local property taxpayers.”

Municipal governments maintain 29,408 centerline miles of streets and roads, or 74 percent of the statewide total.  The Municipal Aid grant program covers a variety of projects, including road resurfacing and reconstruction projects.  However, towns are encouraged to submit applications for such non-traditional projects as those that support safety, walking and biking and streetscape improvements in their communities.  A total of 8.5 percent of the projects selected for Municipal Aid funding were of that type.

“New Jersey’s Local Aid program provides significant support to municipalities throughout the state,” said William G. Dressel Jr., executive director of the New Jersey League of Municipalities. “Now more than ever, alternate revenues other than property taxes are needed and appreciated by mayors and residents alike.”

Under the Municipal Aid grant program, each county is apportioned a share of the total funding based on population, the number of local centerline miles and other factors, and municipalities compete for portions of their county’s share.  NJDOT provides 75 percent of the grant amount when a town awards a contract and the remaining 25 percent upon completion of the project.