Op-Ed: The Political Correctness Of “Merry Christmas” Has Dangerous Consequences

“This is the way the world ends ...Not with a bang but a whimper."

Does that famous quote aptly describe America’s future? Time will tell, but indications are that this nation, the most powerful, benevolent and fair in the world, is crumbling before our very eyes. Like Rome, it isn’t falling from outside invasion, but within.

And one of the biggest culprits is political correctness. 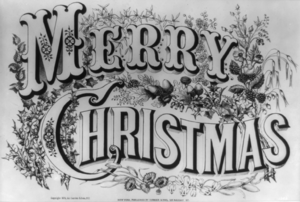 It’s all around us, but especially this time of year, as the assault on “Merry Christmas” accelerates.

It used to be a standard greeting, and people would reciprocate with a smile. Your religious denomination didn’t matter, or whether you even had one.  It was simply a friendly expression in a nation where the vast majority celebrated Christmas. And for those who didn’t, most returned the sentiment anyway because it was just a nice thing to do during the jovial season.

But all that changed as Americans’ sense of entitlement exploded. And yes, that included being entitled not to feel “offended” because something may not be to your exact liking.

“Merry Christmas? Well, I celebrate Hannukah or Kwanza or am an atheist, so how dare you presume to wish me your holiday? How offensive and rude!”

But it doesn’t stop there.  Hypocritical retail stores woo Christmas shoppers --- you know, the 95 percent who do celebrate Christmas and spend a half-trillion dollars doing so  --- but won’t put the word “Christmas” in their ads or on their displays.

It’s the Nativity scenes that are increasingly barred from public places. It’s residents who call the ACLU because a development hangs simple white lights on its trees. It’s office Christmas parties becoming a relic, replaced by generic “holiday” events. And yes, it’s Mayors like Michael Nutter who last year deliberately removed the word “Christmas” from the holiday retail complex near City Hall (but subsequently was forced to replace it).

All of it a brazen attempt to make America a more secular society through political correctness, and those who dare question it are labeled “bigots.”

1) The push to make all things politically correct has been successful, as it is now entrenched in all aspects of society. Everyone gets a trophy in most youth sports leagues, we don’t keep accurate score when one team is winning over another, and all things must be racially, culturally and ethnically homogenous.

The problem is that’s not how the real world works. And it’s the basic principle that the Occupy movement doesn’t understand. You have to work hard and fight for things you want, but when they are bestowed upon us --- without merit --- from those who worship at the altar of political correctness, things go downhill fast.  Need proof? Just look at those who engage in PC the most ---Europe and the United States. Enough said.

2) This is a not call for “Thought Police” to mandate that everyone say “Merry Christmas.”  Quite the opposite. It’s a call for the silent majority to wake up and shove it right back at the small but extremely loud minority who shout “I’m offended” at every single thing. Saying Merry Christmas behind closed doors doesn’t take guts.  Saying it because you truly believe it and not worrying that such an innocuous greeting will offend does --- insane as that is.

3) Most important, Americans need to remember that actions have consequences. And until we connect the dots and see the error of being so PC, those consequences can, and will, have devastating results.

When good folks start looking over their shoulders before saying Merry Christmas for fear of "offending," it all begins to unravel.

Think the PC stops at that?  Well, think about the fact that the next time you step foot on an airplane, it may be your last day on Earth because your government --- we the people --- absolutely refuse to non-invasively profile the very folks who openly state their intentions to blow up said aircraft.  And it gets better, as the Transportation Security Administration just announced that children under 12 don’t have to take off their shoes for screening, and will not be subject to routine pat-downs like everyone else

Here’s the $64,000 question. What do we think al-Qaeda will do now? Here’s a wild guess. Start flying a lot more with children? What’s next? Not screening foreign children at all?

So when your wife gets incinerated two minutes after takeoff, and the wreckage of a jumbo jet falls on your child’s school because a terrorist put the bomb in his 11 year old's shoe, courtesy of the red carpet we provided, perhaps we shouldn’t wonder why it happened.

Or when your son gets his skull sliced in half by a bullet that emanates from a Mosque in Afghanistan which is "off limits" for retaliation for fear of offending the very people who don’t like us anyway, maybe we should think about where it all started coming apart.

Did it start from the reluctance to say Merry Christmas or the refusal to put a Christmas tree on a courthouse plaza? Did it originate from the refusal to acknowledge Christmas on a public school calendar while other religions’ holidays are clearly labeled as such?  It’s impossible to pinpoint, but it really doesn't matter.  That mentality is here, and has in large part led to the Great Decline.

So when the inevitable tragedy happens again --- one that could have been prevented --- and dumbfounded Americans stand around asking "How and why did this happen?", well, you'll know why.  The 40's and 50's were certainly not perfect, but people spoke their minds, were respectful, and America was a powerhouse. That attitude put a man on the moon a mere 60 years after the Wright brothers took flight but is now a fleeting memory.  Which is what happens when you bow to the wrong principles.

When Rome was at its zenith, it adhered to the simple principle that the well-being of its citizens was paramount. All of them.  In fact, so fervent was that belief that the Romans would literally go to the ends of the Earth to hunt down any thug that violated the rights of just a single Roman. They didn't let political correctness rule the day, and the Republic thrived.  But when it abandoned that principle, it all came crashing down.

They said Rome would never fall, but it did.  Many say the same about America.   Yet the whimper is at our door.

So if we are to ever return to our former glory, perhaps that path could begin by good folks jettisoning political correctness and saying two small but incredibly joyous words without reservation:


Chris Freind is an independent columnist, television/radio commentator, and investigative reporter who operates his own news bureau, www.FreindlyFireZone.com  His self-syndicated model has earned him the largest cumulative media voice in Pennsylvania. He can be reached at CF@FreindlyFireZone.com

Posted by CNBNewsnet on Saturday, December 24, 2011 at 09:04 AM in FREINDLY FIRE by Chris Freind, General/Political News, Religion | Permalink | Comments (1)

Op-Ed: The Political Correctness Of “Merry Christmas” Has Dangerous Consequences

“This is the way the world ends ...Not with a bang but a whimper."

Does that famous quote aptly describe America’s future? Time will tell, but indications are that this nation, the most powerful, benevolent and fair in the world, is crumbling before our very eyes. Like Rome, it isn’t falling from outside invasion, but within.