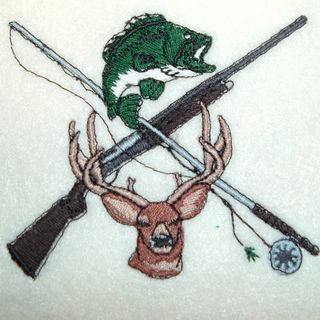 NJDEP Division of Fish and Wildlife website in PDF format. The DIGEST is will also be available in an interactive version on the publisher's website soon.

In addition to regulation information, anglers will find several articles concerning the 100th anniversary of the Hackettstown Fish Hatchery of interest.

To view the PDF version, either in its entirety or in sections which download faster, visithttp://www.njfishandwildlife.com/digfsh12.htm ; for the interactive version, visithttp://www.eregulations.com/NewJersey/fishing/freshwater on the publisher's website.

The Gun Control Act (GCA) generally prohibits any person from transferring firearms to any unlicensed person who they know or have reasonable cause to believe does not reside in the State in which the transferor resides. See 18 U.S.C. § 922(a)(5). Longstanding Federal firearms regulations at 27 C.F.R. 478.11 define the term “State of residence” differently for U.S. citizens and aliens. A U.S. citizen’s State of residence is the State in which he or she is present with the intention of making a home; while an alien is considered a resident of a State if he or she has resided in that State for a period of at least 90 days prior to the date of transfer with the intention of making a home. As you know, Federal firearms licensees (FFLs) are required to obtain documentation establishing that an alien legally in the United States has resided in the State continuously for at least 90 days prior to the transfer of the firearm. This documentation is currently recorded as a response to Question 20c of the Firearms Transaction Record, ATF Form 4473.

The Department of Justice (the Department) has recently concluded that, as a matter of law, applying a more stringent State residency requirement for aliens legally present in the U.S. than for U.S. citizens is incompatible with the language of the GCA. As a result, ATF will be revising the regulations in 27 C.F.R. Part 478 to conform to the Department’s conclusions by removing the separate 90-day residency requirement for aliens. Once the regulations have been revised, both U.S. citizens and aliens legally present in the U.S. will be subject to the same requirements for State residency and proof of residency. ATF is in the process of amending its forms to conform to the statute as well.

This process of amending the relevant regulations and forms will be completed as expeditiously as possible. Until that process is complete, however, the current regulations have the force of law. Accordingly, for the time being, FFLs should continue to use the current forms and abide by the current regulations.ATF is committed to assisting you in complying with Federal firearms laws. If you have any questions, please contact ATF’s Firearms Industry Programs Branch at (202) 648-7190. 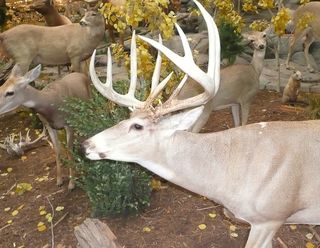 These are just some of the scenes of New Jersey's natural beauty honored with awards in the DEP's Green Acres Program's 50th anniversary photo contest. The contest, which drew hundreds of participants, capped a year-long DEP celebration of the first Green Acres bond act, the landmark law that set New Jersey on the path to becoming a national leader in the preservation of open space.

"The Christie Administration is committed to the continued preservation of parks and natural landscapes such as those showcased in these photographs," DEP Commissioner Bob Martin said today in announcing the awards. "Through their photographs, these artists are showing all of us why land preservation is such an important part of the DEP's mission."

The DEP kicked off the digital photography contest in June, challenging people across the state to capture snapshots of their favorite Green Acres properties in conjunction with the 50th anniversary celebration of the first Green Acres bond referendum. The result is a unique, lens-eye view of parks and open spaces across the Garden State, often from intriguing angles.

"These talented photographers were able to catch unique windows into land and parks that we all treasure," said Assistant Commissioner for Natural and Historic Resources Amy Cradic.

The winning photos were displayed last week at the State Museum in Trenton during the Governor's Environmental Excellence Awards ceremony. They are now on display at the lobby of the DEP headquarters in Trenton.

A panel of judges was tasked with choosing first, second, third and honorable mention award recipients. Categories included:
* People in Parks: People recreating or at play in parks preserved or developed with Green Acres funding;
* Scenic: Natural landscapes that capture the scenic beauty of Green Acres funded properties;
* Nature in New Jersey Close-Up: Close-ups of plants, trees, animals, leaves, rocks, water, and other natural aspects of Green Acres funded properties.
Entries were separated and judged according to three age categories: youth (ages 6-12), teenagers (ages 13-17) and adults (ages 18 and older).
The theme of the year-long 50th anniversary celebration is "Green Acres: It's all yours." Governor Robert B. Meyner signed the first Green Acres Bond Act on June 3, 1961.Since then voters have approved every state Green Acres bond act put before them at the polls, resulting in the protection of 650,000 acres of open space, and development of hundreds of outdoor recreational facilities.

To see a full list of the photo entries visit: http://www.state.nj.us/dep/ga50/. The following is a list of winning entries:

NJDEP Division of Fish and Wildlife website in PDF format. The DIGEST is will also be available in an interactive version on the publisher's website soon.

In addition to regulation information, anglers will find several articles concerning the 100th anniversary of the Hackettstown Fish Hatchery of interest.

To view the PDF version, either in its entirety or in sections which download faster, visithttp://www.njfishandwildlife.com/digfsh12.htm ; for the interactive version, visithttp://www.eregulations.com/NewJersey/fishing/freshwater on the publisher's website.