It's purpose is to promote health and well-being through sports,and this is the day for sports and to foster a sound mind and body.

The day was originally celebrated on October 10th,the day that is most likely to be sunny 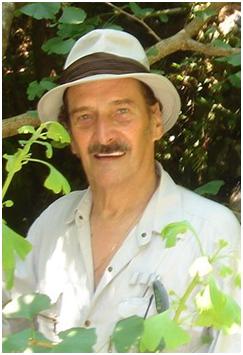 at this time of the year according to statistical research result,to commemorate the opening ceremony of the 1964 Tokyo Olympics.

Around this time of the year sports festivals is held in schools, sometime in other places such as companies,and by neighborhood groups across Japan.Sports festival, is a whole day event, it is really been a big event for the school, community and society.For example,whole family join's in the school festivals and enjoy,parents take part also and so many photos and videos of their Children are taken. Their mothers prepare really wonderful bento's (lunch boxes) and drinks for the children and family at lunch time.

"When I first arrived in Japan I remember there used to be a TV program of  which TV stars participated in the festival but since then there is no such program."

Usually participants are divided into 2 groups/teams one wearing red and the other wearing white caps.A variety of games are played at the festival,some are common worldwide such as the 100m sprint race,relay race and tug of war,and some other uniquely Japanese events listed below:

"Tamaire" (ball games):During a defined time, participants throw beanbags of their team color into their teams basket as many as they can,the baskets are on about three meter high polls.

The obstacle race: Participants compete the speed of going through obstacles such as going over a balance beam,running under mats etc.

There is also a mock cavalry battle:Participants usually boys of around 11 years old, get into teams and compete for battle.The three-legged race:two people make a team.Plus there is many displays of team work such as gymnastics also. It' an exhausting day and it's usually quite warm it starts usually about 08:30 a,m.till about 3:30 p.m.

Children practice hard for the festival under the guidance from their teachers and on the day,they perform this to show their efforts and accomplishments to their family.There are several cheering groups to liven up the sports festival.All in all it's a wonderful day for everyone to enjoy, many  relatives come to enjoy watching such as their parents,grandparents,aunts and uncles, cousins etc.

Our children used to always take part in the sports day events starting from grade 1 through grade3 of the junior high school level,after they attended and graduated from high school in the U.S.A.

While they were growing up in Japan and my wife Keiko used to prepare great lunch bentos for the sports day events.Now our Children are all in the states.

Rachel, is 23 years old and attending Portland State University, majoring in Language and Business. She'll graduate next year, she will come home for Christmas this year.Our son Lucas is 29 years old and is in Afghanistan with the U.S.Army in Kabul on his second deployment there and one deployment to Iraq .He's on the Generals staff and is a sergeant involved in Personal Security.

Lucas and his wife Raeanna will come home here to Japan for Christmas on his R.R. Rest and recreation, and leave here to return to Afghanistan the day after Christmas.

Our son Max is 26 years old in October he his wife Caitlain, and their son Kenji Michael will return here in October very soon.We can't wait to see our grandson Kenji.We haven't seen him since he was born.last October 14, 2010.Max just returned to his home in the Portland, Oregon area, he has just returned from his second deployment in Iraq one week ago.We miss them all and are looking forward to all of them coming home safely since we don't get the chance to see them very often,we really miss them all very much.

Have a most wonderful Autumn Season.

It's purpose is to promote health and well-being through sports,and this is the day for sports and to foster a sound mind and body.