PHILADELPHIA, Sept. 23, 2011 /PRNewswire-USNewswire/ -- Congressman Chaka Fattah (D-PA) announces that Community College of Philadelphia will receive a $600,000 grant under the Predominantly Black Institutions Program of the U.S. Department of Education. 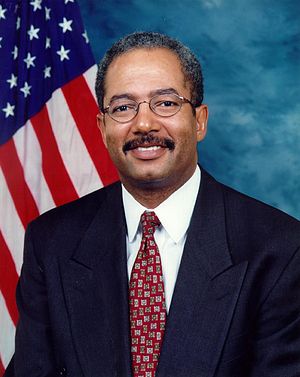 "Community College of Philadelphia performs a critical role as the place where African Americans and other minority students can begin their journey in higher education and increase their life chances. It has the largest African American and Latino enrollment in Pennsylvania ," Fattah said. "Without CCP there would be no higher education and no enhanced job prospects for thousands of Philadelphia young people."

The one year grant is expected to be renewed for three more years, for a total of $2.4 millionthrough 2014-15, according to the Department of Education. The grant will allow CCP to plan, develop and implement programs to serve more low and middle-income Black American students. It is also designed to allow CCP to work with secondary and post-secondary schools to encourage college preparation and enrollment and to develop student aid.

At CCP, 53 percent of almost 25,000 degree-seeking students are African American. Seventy percent of fulltime students and 60 percent of part-time students receive financial aid. CCP is the largest institution of higher learning in Philadelphia and number six in the state.

"Thousands of Community College students through the years have been CORE Scholars, benefiting from the program I created to provide first-year partial scholarships for every Philadelphia high school graduate," Fattah said. "And thousands more have been inspired to follow their dreams of higher education under GEAR UP, the readiness program that I launched nationwide for underserved students as young as the sixth grade."

PHILADELPHIA, Sept. 23, 2011 /PRNewswire-USNewswire/ -- Congressman Chaka Fattah (D-PA) announces that Community College of Philadelphia will receive a $600,000 grant under the Predominantly Black Institutions Program of the U.S. Department of Education.