http://www.newsinferno.com  Bed bugs are bad enough but, now, according to a report released by the U.S. Centers for Disease Control and Prevention (CDC), the sprays consumers use to rid themselves of the pests have been linked to illnesses.

According to Bloomberg News, bed bug insecticides were linked to one death and 80 illnesses. The CDC study can be accessed at here. Bloomberg News noted that the study is the first of its kind to review the matter. 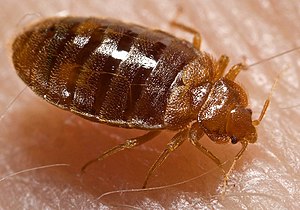 Most of the issues originated with so-called “do-it-yourselfers” who were found to have used the chemicals inappropriately or who used the wrong product. Most cases took place in New York City, said Bloomberg News.

The CDC was only able to retrieve data from the seven states that track these issues, including New York. In all cases, beg bugs are ubiquitous, the pests have made headlines, and health officials have been particularly watchful for cases of odd chemical poisonings, explained Bloomberg News. The CDC reviewed reports from California, Florida, Michigan, North Carolina, Texas, and Washington, in addition to New York. More than half of the 111 cases from 2003 through 2010 were from New York City, and most were reported in recent years, said Bloomberg News.

Illness complaints involved headaches or dizziness, breathing problems, or nausea and vomiting. The death took place in 2010 in North Carolina, said Bloomberg News, when a woman (65) with a history of heart trouble and myriad other illnesses used nine cans of bug fogger twice in two days, never opening doors or windows, said Bloomberg News. The woman covered her body and hair with a different bedbug product and covered her hair with a plastic cap. Most (90%) of the cases were linked to pyrethroids or pyrethrins, common bed bug insecticide ingredients.

The CDC said the most “common factors contributing to illness were excessive insecticide application, failure to wash or change pesticide-treated bedding, and inadequate notification of pesticide application.” Thirteen—12%—were work-related, said the CDC, which noted that three illnesses occurred in workers applying pesticides, two of whom are pest control operators, and one, a certified applicator.

The CDC describes the pests, Cimex lectularius, as a “wingless, reddish-brown insect that requires blood meals from humans, other mammals, or birds to survive.” Although not known to spread disease, a recent Canadian study on which we recently wrote indicated that bed bugs may carry superbug bacteria. The pests, say that research, appear to have the ability to spread infections, some antibiotic resistant.

http://www.newsinferno.com  Bed bugs are bad enough but, now, according to a report released by the U.S. Centers for Disease Control and Prevention (CDC), the sprays consumers use to rid themselves of the pests have been linked to illnesses.