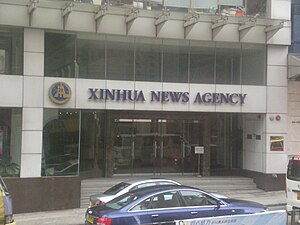 China has banned local journalist from investigating the cause of the deadly high-speed train crash that has triggered public outrage and raised questions over safety, reports said Tuesday.

China's propaganda department issued the order Sunday, according to a copy of the directives published by the China Digital Times, a U.S.-based site focusing on web news from China.

News that journalists had been ordered to focus instead on"touching stories"about blood donors coming forward and free taxi services emerged as the death toll from Saturday's crash near the eastern city of Wenzhou rose to 39.Nearly 200 more were injured when two trains crashed during a thunderstorm, apparently after lightning strike knocked out power to the first one, shunting four carriages from a viaduct and forcing two off the rails.

The government ordered the media to "use information released from authorities" and not  “conduct independent interviews," according to the directive, details of which also appeared on several web blogs in China. Saturday's accident was the worst ever to hit the country's high-speed rail network, which only opened in 2007 and is already the world's biggest, accident triggering questions over whether safety had been compromised. Authorities say they are investigation the cause of  the accident, but web users have questioned why the second train was not made to stop when the first train was brought to a halt,and questioned the signaling system.Parts of China's state-run media have joined in the criticism and on Tuesday, some state media outlets still appeared to be ignoring the directives.

The front page of the English-language Global times on Tuesday carried the headline " Anger mounts at lack of answers"and interviews with family members of victims who questioned the death toll. However,in a commentary on China's CCTV I saw mentioned that said safety "should be the core principle of China's development," but that ‘'blind and hasty finger-pointing should be avoided."

Even the China Daily ran a story saying there were "unanswered questions" about why the driver of the second train was not warned that the first train had halted.On Tuesday,Beijing ordered a two-month, nationwide safety campaign for its railway system.

State broadcaster CCTV also reported Monday that a 2-year old girl pulled from one of the derailed carriages 21 hours after the crash had undergone a three-hour operation. It said she had suffered lung, kidney and leg injuries and is now in intensive care at a hospital.

It seems to many of China's citizens that this accident has been a huge cover-up and there is still many of the passengers missing ."

I saw on China's state run CCTV as well as on the local Japanese TV, the huge protests taking place with the families of the people missing wanting the Chinese Railway Authority to answer questions as to the whereabouts of  their loved ones.

Note: Hank  is a former resident of Gloucester City who resides in Kitakyushu City, Japan. category WHEN EAST MEETS WEST

China has banned local journalist from investigating the cause of the deadly high-speed train crash that has triggered public outrage and raised questions over safety, reports said Tuesday.

China's propaganda department issued the order Sunday, according to a copy of the directives published by the China Digital Times, a U.S.-based site focusing on web news from China.