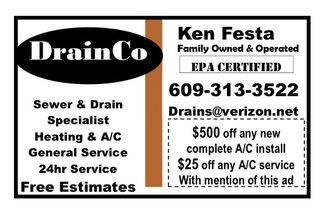 The event “was a wonderful day,” said golfer Tom Csapo from Freedom Builders. “I golfed, met new friends and helped celebrate a well-deserved cause."

To help connect golfers to those benefitting from the outing, the event included a “Captains’ Challenge,” with each foursome assigned a “team captain” – someone from one of 13 Bancroft programs. These captains each provided written information about themselves, as well as a photo. Each captain also rolled a die, and the resulting number was deducted from that team's score.

Event organizer Deb Conner acknowledged the course’s demands: "Everyone met the challenge at varying levels of success, but they all seemed to enjoy the experience."

The outing winners were:

“A big thank you to all of the golfers, volunteers and sponsors for making this event such a success,” said Conner.

Bancroft supports over 1,300 people annually and is the second largest nonprofit in the state of New Jersey. The 2011 Golf Invitational not only raised money and awareness for the organization, but it also brought community members together for a worthy cause. Please see enclosed photos and captions for further details of the event.