Holt Logistics Donates $15,000 to the City of Gloucester City for Annual Fireworks Display 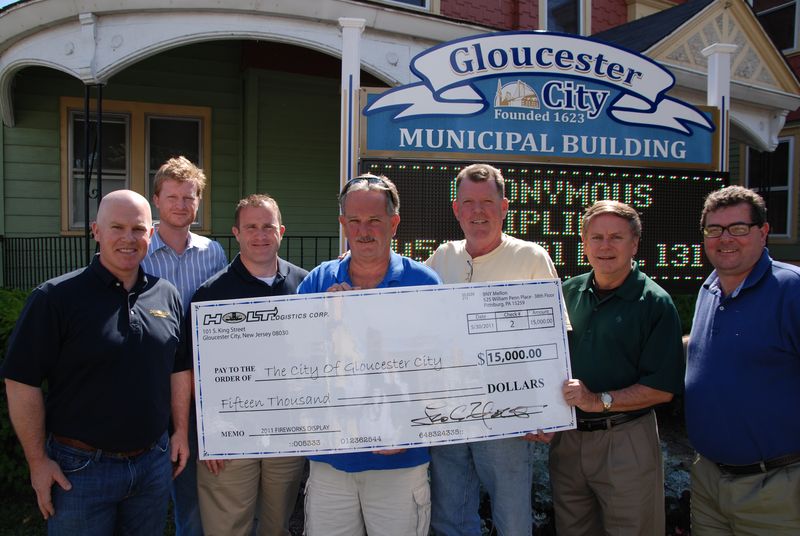 The theme of the parade will be “United We Stand,” and the Gloucester City Celebrations Committee welcomes everyone in the community to participate.

Join the celebration of this nation’s independence from England by creating something in patriotic design and registering to take part in the parade.

Create a large float, a small float, form a marching unit, decorate a bike, baby carriage, wagon, or such and register to join (deadline June 24).

Forms can be downloaded from city website cityofgloucester.org or picked up at City Clerk’s window in Municipal Building.

Following the parade will be this year’s fireworks festivities, sponsored by Holt Logistics.   Fireworks will begin at dusk from Gloucester City High School.

Festivities continue on Monday, July 4, at 11 a.m. at Martin’s Lake, including a “Baby Contest” for babies from 0 to 18 months of age and “Kid Fun” for children up to 9 years old. No registration required.

Holt Logistics Donates $15,000 to the City of Gloucester City for Annual Fireworks Display