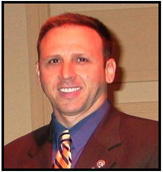 I'd like to follow up once again on the issue of the proposed Camden County unitary police department.  So, if you'll bear with me..

In keeping with the Governor's refreshing habit of blunt talk, this is awful public policy.  This is not regionalization or shared services. The proposal is, in effect, to unify Camden County for public safety purposes into a
unitary jurisdiction.  I will provide some very specific reasons as to why
this is a bad policy choice.  But first, I think it important to put this
into some very real context.

If Camden County were to be consolidated, it would be the 35th most
populated city in the United States (just ahead of Kansas City).  So for
practical purposes, this would be a police agency policing such a city. The
2010 census put Camden County's population at 513,657 residents.  It is 228
square miles, and has a very dense 2,289 people per square miles.  By way of
comparison:


This should give you an idea of the scope of the undertaking that is being
discussed.  Just as alarming as the nature of the proposal is the fact that
it is apparently being completely without substantial input by public safety
professionals.  Can you imagine that the provision of medical services to a
jurisdiction nearly as large of Boston would create without reference to
medical professionals?


As for the substance of the proposal, as mentioned, this is not an example
of shared services.  It is an almost unimaginably large-scale amalgamation,
and it basically contradicts 30 years of scholarly study and practical
application for how to go about forging successful provision of regional
police services.  If you  bear with me, I will further explain that.  But
first, I'd like to point to very apt and comparable case study, right from
the back-yard, so to speak, of Camden County.


Just across the Delaware River from southern New Jersey lies New Castle
County, Delaware. It is 33 miles door-to-door from City Hall in Camden, NJ
to City Hall in Wilmington, DE.  Both are within the same Census
metropolitan statistical area, share the same media, and have similar
demographics. New Castle County has 534,000 residents, and is 426 square
miles.  This county does in fact have a county Police Department.  Their
experience is very instructive, and we ignore that experience at our own
peril.


While the County of New Castle has its own police department, so too do the
cities of Wilmington (population 73,000, 289 sworn police officers), and
Newark (population 30,000, 91 officers), as well as 5 other municipalities
within the county (in addition to 3 college police departments). In effect,
they have subtracted their version of the city of Camden and multiple other
municipalities from the jurisdiction of their county police department.  And
even with that being the case, they still have had problems providing
service to their residents.  I'd direct you to the "Staffing Analysis" that
was prepared by Col. Rick Gregory, Chief of Police of the New Castle County
PD (attached).  Take a look at what services they say they simply cannot
provide their residents. Take a look at their enormous issues with the size
of the jurisdiction and its impact on effective use of time.  "We do not
have the resources to investigate auto theft, and we do not investigate
theft of criminal mischief cases beyond the initial patrol officer's
contact."  Look at their description of the agency as reactive, not
proactive. Most importantly, look at their response time.  Read all of that,
and then read the final two pages where you will see that this is the
situation *after* Middletown created their own police department and
relieved the County PD of responsibility for policing that municipality.  All
the while, keep in mind that the County PD *does not even police *Wilmington,
Newark, New Castle City and 5 other towns.  By the way, the county rejected
the request for the additional 129 positions, which the report indicated
were necessary to avoid "losing ground." Imagine the level of service - and
costs - if this were a unitary, county-wide PD (particularly adding in a
city of Camden with its particular issues).  Is this really the vision for
Camden County?  An alternate vision would be to include police executives in
an endeavor to move forward with sustainable, workable, and efficient
regionalization efforts.  With all due respect, while it is nice to think
big, it would be better to think smart, efficient, and achievable.


Assuming you are still with me, I mentioned the scholarly and professional
literature.  I will be brief and summarize.  Just as it would be unwise to
move forward with, say, large-scale transportation or health care or public
works projects without reference to the practitioners and the scholars who
inform those professionals, it makes no sense to move forward with law
enforcement projects without consulting the practitioners and the experts
that inform them.  So, to the literature.


Beginning in the 1970s and right through to the 2000s, Professor Elinor
Ostrom (Indian University) has published numerous studies on this topic, and
the findings are consistent.


The consistent finding from this series of studies is that small and
medium-sized police departments perform more effectively than large police
departments serving similar neighborhoods, and frequently at lower costs
(citations omitted)..Victimization rates tend to be lower, police response
tends to be faster.. Citizens served by small departments tend to receive
better services at lower costs than their neighbors living in the center
city.  ("The Danger of Self-Evident Truths," *Political Science* March 2000)


Right here in New Jersey, Dean Marc Holzer (School of Public Affairs and
Administration, Rutgers-Newark) and John Fry (Director, National Center for
Public Performance) have prepared reports for both the NJ League of
Municipalities and the Local Unit Alignment, Reorganization and
Consolidation Commission (LUARCC), where they have repeated the consistent
findings that


Service consolidations (shared services are one of the forms) can be cost
effective or improve the quality of services delivered. They can do both.
"Economies of scale" can play a part, but these economies are often not
present in the simplistic manner assumed by many.. ("Shared Services and
Municipal Consolidation: Pursuing Careful Assumptions and Grounded Studies,"
*Friends of Local Government Policy Paper Series, Vol. 2, No. 1*, NJLM
educational Foundation, Inc.)

Ironically, the literature suggests that police services are not a service
for which economies of scale obtain because they are labor-intensive, rather
than capital-intensive services.. Labor intensive services are more
efficient in smaller governments.. This finding of increased efficiency in
smaller units is an important conclusion, because the literature attributes
over 80 percent of governmental costs to labor-intensive services including
police, fire, and education. ("Overview of the Literature Review and
Analysis on Five Subjects Related to the Cost-Efficiency of Municipal
Government," LUARCC & Rutgers-Newark School of Public Affairs and
Administration, May 6, 2009).


Dean Holzer and Mr. Fry have a book on this very topic that is scheduled for
publication within the next 3 weeks.


This is in line with other scholarly research in this area.  Professor
Anthony Gyapong (Wayne State Univ.) and Professor Kwabena Gyimah-Brempong
(Univ. of South Florida) have studied this topic from a different angle, and
have come to similar conclusions:


One aspect of production functions that is of interest to policy makers is
returns to scale. For the production of local public services such as
police, returns to scale has implications for the organization of local
governments. For example, if police production functions exhibit increasing
returns to scale, consolidation of police departments in a metropolitan area
will decrease the unit costs of police services.. [*there follows a series
of statistical analyses*]. We find no consistent index of labor aggregation
in police production and no evidence of statistically significant scale of
economies. Thus no economies will be reaped by consolidation of police
production in metropolitan areas. ("Factor Substitution, Price Elasticity of
Factor Demand and Returns to Scale in Police Production: Evidence from
Michigan," *Southern Economic Journal, Vol. 54, No. 4, *April 1988).


I would note that economies of scope were found to exist in areas such as
police communications, specialized services, training, labs, etc.


I appreciate you staying with me to this point. I will conclude with
reference to "Police Ethics: The Corruption of Noble Cause," perhaps the
definitive text on police accountability.


Like the large urban school, the large urban police organization may create
unsolvable problems of accountability by virtue of its size.. Perhaps our
contemporary deceit has been in thinking that we could effectively govern
departments so large and consolidated over such densely crowded precinct
areas - that bigger was better.. Research has suggested that consolidation
of police services over large metropolitan areas many not be efficient or
effective.. Where political divisions allow for smaller jurisdictional
boundaries, policing has the potential to be more efficient and effective -
and accountable.. Like big schools, big police departments don't work well.
In the current age, we're rethinking what we want police to do. We want them
to be responsive to the middle institutions of American life. We should
think about the scale of size that can get us there. Smaller might be
better. (John Crank and Michael Caldero, *"Police Ethics: The Corruption of
Noble Cause,"* Anderson Publishing, 2000).


It seems that they could have been writing about Camden County and this
proposal.  Again, none of this is to say that attainable, sustainable,
targeted regionalization is not a good idea.  In fact it should be pursued.
But this huge and unwieldy proposal, cobbling together municipalities with
nothing in common but the artificial connection of county lines, defies good
sense.  We offer our assistance to move in another direction.

I'd like to follow up once again on the issue of the proposed Camden County unitary police department.  So, if you'll bear with me..

In keeping with the Governor's refreshing habit of blunt talk, this is awful public policy.  This is not regionalization or shared services. The proposal is, in effect, to unify Camden County for public safety purposes into a
unitary jurisdiction.  I will provide some very specific reasons as to why
this is a bad policy choice.  But first, I think it important to put this
into some very real context.

If Camden County were to be consolidated, it would be the 35th most
populated city in the United States (just ahead of Kansas City).  So for
practical purposes, this would be a police agency policing such a city. The
2010 census put Camden County's population at 513,657 residents.  It is 228
square miles, and has a very dense 2,289 people per square miles.  By way of
comparison: