As a police officer in the state of New Jersey, I find myself unable to sit by while 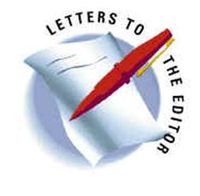 the current climate of public employee bashing continues under the misinformation fed to the public by the media and our current governor.

While I can not comment on the teacher’s retirement system, I can speak about the Police and Fire Retirement Fund (PFRS), and more specifically, how it has been mishandled by some of our elected officials. The truth should come out, and the public has a right to know how we got to where we are today.

Long before I became a police officer, the state of New Jersey enacted a law which required police officers and firemen to contribute a certain percentage of their salary into the state’s “secure” pension fund. Throughout my 22 year career, I have paid 8.5 percent of my salary, as mandated by law, into this fund every pay period.

I was not given the option to place my 8.5 percent in an IRA or other investment fund. Every pay check since I was 25 years old had the 8.5 percent taken out of my pay and placed into the PFRS with the promise that the money would be there when I retired.  By law, towns and municipalities were required to match that 8.5 percent.

By the time Gov. Christine Todd Whitman took office, there was over $100 billion in the fund. This meant that at the current rate of retirements, pension costs for police officers and firemen were funded at 104 percent, well into the future.  This was a prudent and financially responsible plan that worked, and it provided security for the families of these men and woman who risked their lives every day serving and protecting the citizens of New Jersey.

In no way was it heavily over funded or excessive. It covered the costs of promised retirements with a small cushion left over. It was at this time that Whitman stepped in. Gov. Whitman recognized the billions of dollars in our “secure” and “separate” pension fund, and she proceeded to raid that fund. Unknown and unannounced to the public, monies were indiscriminately withdrawn from the PFRS and used to pay for Whitman’s tax cuts and to balance the state budget.

Billions of dollars were taken, and to make matters worse, the Whitman administration passed a law allowing towns and municipalities to no longer contribute to the fund. Over $3 billion in contributions were skipped over the next eight years, while the individual police officers and firefighters continued to have  their 8.5 percent contribution taken from them and placed into the PFRS.

The state gambled for years, relying heavily on the returns from the stock market to cover the missing funds. Politicians misspoke on the campaign trail, touting the virtues of how their financial genius was able to balance their state and local budgets, and the public was lulled into a sense of false financial security.

But the small print in Whitman’s bill was ignored. The funds they failed to contribute would have to be made up at a later date. The pension reprieve was temporary and their contributions would have to be paid back, just like any other loan. It was quietly suggested by the Whitman administration that towns set these contributions aside for when the state called to make good on them. It appears most towns and municipalities failed to heed this advice.

Governors (Donald) DiFrancesco, (James) McGreevy, and (Richard) Codey continued this trend, and all failed to call the towns and municipalities on their “loan” while the PFRS fund continued to dwindle down close to $66 billion. They remained silent. To bring this to light at this point would certainly mean political suicide, knowing that towns and municipalities would have to raise taxes to make up for their error in financial judgment and planning.

It wasn’t until Gov. Jon Corzine took office that this trend was stopped, but unfortunately, the damage was done. Gov. Corzine made the call the governors before him were afraid to make. He advised the towns and municipalities that it was time to pay back the monies the towns had been given a temporary reprieve on. And the media jumped on this, printing bold headlines “Towns going broke over police and fire pensions.”

This attention grabbing and misleading headline made it appear that your police and firemen were bilking the taxpayers dry, when the truth is totally the opposite. The politicians bilked your police officers and firemen dry and in the long run, the tax payers of New Jersey.

Towns and municipalities knew they were going to have to pay this money back and for them to insinuate otherwise is simply not true. Realizing the gravity of the situation, a new bill was introduced and passed into law. This allowed the towns to pay back the loan given to them by their public employees in increments; starting at 20 percent, 40 percent, 60 percent, 80 percent, and finally 100 percent each proceeding year.

Towns and municipalities continue to act as if they have been caught unaware and shocked by this entire process. The public is being told that payments for police and fire pensions are doubling, tripling and quadrupling and that the public employee system is out of control. What the public needs to know is that they are the victims of a mounting debt that was created by the Whitman administration and compounded by those following her tenure.

To blame your public employees for the abuses of the pension system is ludicrous at best, especially when our elected officials are the ones responsible for raiding the fund and then enacting the legislation on how and when to pay it back.

Gov.  Jim Florio recognized the financial hardship facing the state of New Jersey and proceeded to raise the state sales tax to 7 percent. This helped spell political suicide for him, and Gov. Whitman was not going to make the same mistake. She repealed the 7 percent, dropping it back down to the 6 percent, knowing full well this money would have to come from somewhere.

Her solution was to raid the Police and Fire Pension System, allowing her to balance the state budget and give the false appearance that all was fiscally sound under her watch.

Our current governor, facing the same financial crisis of those going before him, has chosen a similar route, but one with a more vilifying tone. He has again found the same victim: Your public employees. When asked about the pension situation in the state of New Jersey, Gov. Chris Christie replied “I wasn’t going to put $3 billion into a failing pension system. We need pension reform. I passed some already for new hirees, and this fall we are going after the current employees and pension reform and benefits because we are broke.”

Nowhere does he mention how the public employees had already bailed out this state years before, and now he is focused on “going after” the current employees to fix a mess created and compounded by politicians. To say otherwise for him would be political suicide should he aspire to higher political office, and as most of those before him, he is not about to risk his future. Rather, he would gamble on the future of those men and woman and their families who have served this state with honor and integrity.

The principals of the pension system are not broken Mr. Governor. What is broken is the manner in which the politicians have treated and abused it. Yes, the system is failing now, but not because of your police officers and firemen. As of 2009, the pension fund should have assets of $112 billion to meet its obligations, yet it is currently sitting at $66 billion.

It is the largest unfunded liability in the country. New Jersey is the first state ever to be charged with fraud by the Securities and Exchange Commission, and Gov. Christie, strangely, has no comment on this. Yet he continues his rhetoric on the evils done to us by our police officers and firemen, ignoring the truth and lambasting and vilifying us at every turn.

As the saying goes, “Politics has no shame when it comes to preserving your place in office. Why let the truth get in between a good, attention grabbing headline?”

The system is on the brink of collapse and continued arrogance and mudslinging will not fix it. The truth is what it is Mr. Governor, and there is no getting around that. Politicians put us in this mess for their own political gain, not our public employees, as you would like the public to believe. You know this and need to stop ignoring the facts. How we deal with it from here is the measure of each of our character and integrity.  I know the public is smart enough to recognize this and I hope that you are too. Long after you are gone, we will still be here, protecting and serving as we always have. In the end, all we have left is our name. Let’s hope yours is remembered for you’re integrity and not for what you have slung so far in your race for political aspiration. I challenge you to do the right thing, as so many police officers and firemen strive to do every day for their families and the citizens of New Jersey.

As a police officer in the state of New Jersey, I find myself unable to sit by while

the current climate of public employee bashing continues under the misinformation fed to the public by the media and our current governor.

While I can not comment on the teacher’s retirement system, I can speak about the Police and Fire Retirement Fund (PFRS), and more specifically, how it has been mishandled by some of our elected officials. The truth should come out, and the public has a right to know how we got to where we are today.

Long before I became a police officer, the state of New Jersey enacted a law which required police officers and firemen to contribute a certain percentage of their salary into the state’s “secure” pension fund. Throughout my 22 year career, I have paid 8.5 percent of my salary, as mandated by law, into this fund every pay period.