Link: CourierPostOnline.com | Courier-Post. The Gloucester Catholic Rams (6-0), No. 6 in the Small Schools Top 10, can secure at least a share of the division title with a victory. And with one division game left next week against Highland, another win would give them the outright title.If Williamstown were to win, the Braves would need to defeat Cumberland next week to secure at least a share. That, combined with a victory over Delsea on Thanksgiving, would give them the title outright. And with the playoff cutoff set for next Saturday, there are power points to be earned in hopes... Read more → 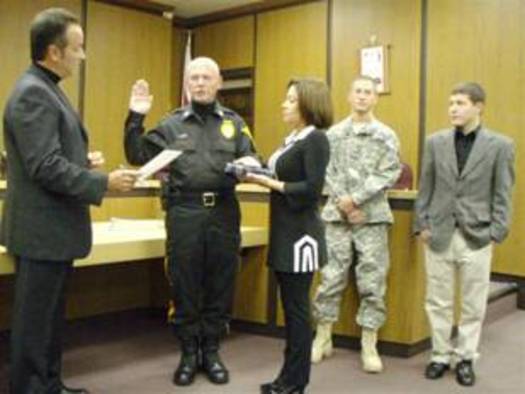 Congratulations to Brooklawn Police Sgt. Steve Saymon who was sworn in as Captain of the Boro Police Department at ceremonies held on October 30, 2008 at Boro Hall. Administering the oath of office, Mayor Soubasis. Above: The Captain’s wife Sonia held the Bible as their son’s Adam and Andrew looked on. Right, Andrew and Adam pin the Captain's Bars on their father. Kudos to Adam who recently graduated from Army boot camp. Related articles by Zemanta Category: Brooklawn Boro of Brooklawn website Brooklawn Police Dept. Website Westville and National Park Police Departments Merge Read more → 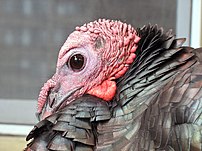 Image via Wikipedia Link: Pennsylvania Game Commission Release #118-08. HARRISBURG – The Pennsylvania Game Commission is expecting hunters to encounter a sizeable wild turkey population when they head afield for the opening day of wild turkey season Saturday. And finding birds this fall may be easier than it was last year. “Wild turkey hunting is one of Pennsylvania’s premiere outdoor experiences,” said PGC Executive Director Carl G. Roe. “The satisfaction derived from calling in and taking a game bird that can see you twitch at 50 yards is a fulfillment that veteran hunters never tire of and new turkey hunters... Read more →

Hans had just over 100 yards in the first half as the Lions led 14-0. But the senior broke a 59-yard TD run early in the third quarter and after Schalick responded with a four-yard score by Jon Goldsboro, Hans broke free for a 64-yard gain leading to an Ian Harter TD. clipped from www.youtube.com Read more → 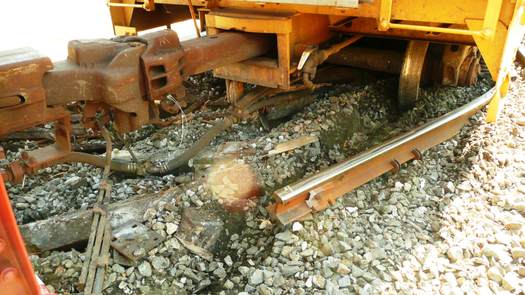 photos and caption by Bill Cleary A CSX cargo train carrying rolls of paper and food items for businesses in the Bellmawr Industrial Park derailed in Gloucester City today shortly after 12 noon. The accident occurred on Johnson Blvd. near the City’s Little League and Softball fields. According to the engineer the tracks the train is riding on were laid in 1916. “The boxcars today are too large and are carrying much heavier loads. The rails are nearly 100 years old. They were not built for boxcars this size. They should be replaced.” The engineer said no one was injured.... Read more →

Image via Wikipedia Link: Pennsylvania Game Commission Release #119-08. - In announcing the most recent results of its ongoing investigation into an alleged mountain lion attack on Oct. 9, Pennsylvania Game Commission officials today announced tests conducted on a knife allegedly used by Samuel Fisher, 42, of Sadsbury Township, Lancaster County, were positive for human blood. The tests were conducted by East Stroudsburg University in Monroe County. On Oct. 20, the Game Commission announced that tests conducted by the Pennsylvania State Police Crime Lab determined that samples collected from multiple sites the scene of the alleged attack tested negative for... Read more →

Mt. Ephraim: Calendar of events for the months of December, January, February and March are as follows: 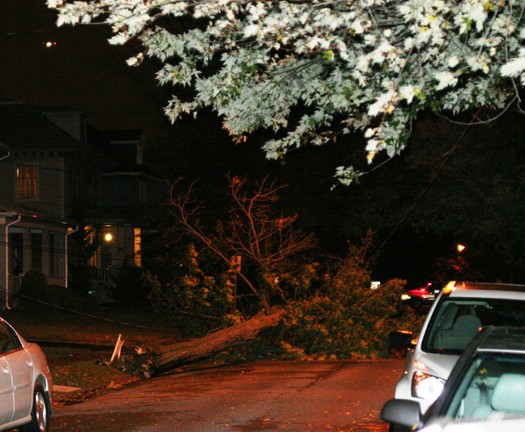 Gloucester City- A 25-foot tree was blown over by the wind and landed in the middle of the block of 800 Chambers Avenue. The 40 to 50 mile wind gusts was also responsible for knocking over a sign at the intersection of Klemm Avenue and RT 130 south at Gormleys ( Haddon Twp border) . October 28, 2008, around 1800 hours by Steven Skipton Photography Related articles by Zemanta Breaking News: Chatham Square Tenant Arrested Again for Terroristic Threats HS Football-Gloucester Catholic over Kingsway 42-35 Glocuester City: Anthony Parisi Jailed for False Public Alarm & Obstruction Read more →

May his memory truly be eternal/Major Ed "Too Tall" Freeman

article submitted by Pete McGlade, Key Largo, Florida Honor.....simply put, A veteran - whether active duty, retired, national guard or reserve– is someone who, at one point in his life, wrote a blank check made payable to 'The United States of America', for an amount of 'up to and including his life.' That is Honor, and there are way too many people in this country who no longer understand it. -- Author Unknown We Were Soldiers Once You're an 18 or 19 year old kid. You're critically wounded, and dying in the jungle in the Ia Drang Valley, 11-14-1965. LZ... Read more →

Image via Wikipedia Link: DefenseLink News Release The Department of Defense announced today the death of two soldiers who were supporting Operation Enduring Freedom. They died Oct. 27 in Baghlan, Afghanistan, of wounds suffered when a suicide bomber detonated explosives as they were preparing to enter a building. Killed were: Sgt. Nicholas A. Casey, 22, of Canton, Ohio, who was assigned to the 3rd Battalion, 7th Special Forces Group (Airborne), Fort Bragg, N.C. Sgt. Kevin D. Grieco, 35, of Bartlett, Ill., who was assigned to the 2nd Battalion, 122nd Field Artillery, Illinois Army National Guard, Sycamore, Ill. Read more → 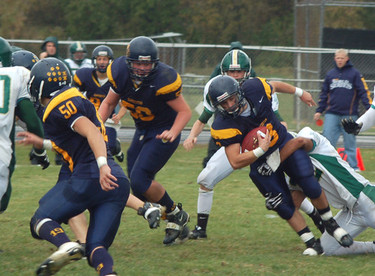 South Jersey Veteran With PTSD Decides To Help Others

Link: MTV News. From 2003 to 2007, 40,000 returning veterans were diagnosed with post-traumatic stress disorder (PTSD), according to CNN. Everyone with PTSD experiences the condition differently, and quite often they don't even recognize they have it right away. Bryan Adams, a 24-year-old Army veteran, didn't know he had PTSD when he came home from a year-long tour in Iraq in 2004. Adams settled back in with his family near Camden, New Jersey, and went through his days much like he did before he joined the Army. He enrolled in the local community college, hung out with his friends and... Read more →

Image via Wikipedia Link: DefenseLink News Release: The Department of Defense announced today the death of an airman who was supporting Operation Iraqi Freedom. Staff Sgt. Brian P. Hause, 29, of Stoystown, Pa., died Oct. 23 of non-combat related medical causes at Balad Air Base, Iraq. He was assigned to the 20th Equipment Maintenance Squadron, Shaw Air Force Base, S.C. The incident is under investigation. Related articles by Zemanta Names of the Dead Iraq War by the Numbers US Military Deaths in Iraq War at 4,118 Read more → 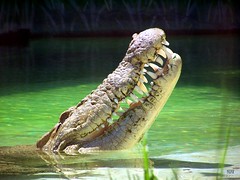 Image by DeusXFlorida via Flickr Perhaps you have seen this; it's been circulating on the Internet. If not, be prepared for a shock. At times nature can be cruel, but there is also a raw beauty, and even a certain justice manifested within that cruelty. The alligator, one of the oldest and ultimate predators, normally considered the "apex predator" in it's natural eco-system, can still fall victim to implemented 'team work' strategy, made possible due to the tight-knit social structure and "survival of the fittest pack mentality", bred into the canines over the last several hundreds of years by natural... Read more →