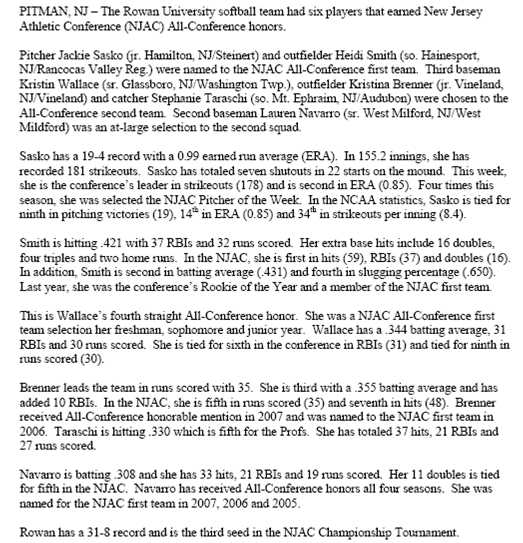 By Albert Countryman Jr. The Gloucester City Business Association (GCBA) announced at its meeting last week (Tuesday night) that Gloucester City has named Howard Clark of Channel 19 as the new coordinator of the Urban Enterprise Zone (UEZ). A longtime officer with the GCBA, Clark had applied for the position after the current coordinator, Gina Dunphy, announced she was stepping down to spend more time with her family. Clark, who is also the owner of Sports Video, will receive an annual salary as Coordinator of... Read more → 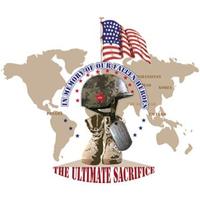 Soldiers Missing from the Korean War are Identified

Media Release April 30 The Department of Defense POW/Missing Personnel Office announced today that the remains of two U.S. servicemen, missing from the Korean War, have been identified and will be returned to their families for burial with full military honors. They are Cpl. Robert L. Mason of Parkersburg, W.Va.; and Pfc. Joseph K. Meyer Jr., of Wahpeton, N.D., both U.S. Army. Both men will be buried Saturday. Mason will be buried in Belpre, Ohio, and Meyer will be buried in Wahpeton. Representatives from the... Read more →

By Sara Martino NEWS Correspondent Westville is one of the municipalities that, so far, will not receive any discretionary state aid. "We have lost $250,000 in state aid this year," Borough Administrator William Bittner said during the recent Borough Council meeting, where the 2008 municipal budget of $4.5 million was approved. Property owners will see an increase of 28 cents per $100 of assessed value in the local tax rate. Resident Virginia Horn asked if there were any efforts to cut the budget. Council members... Read more → 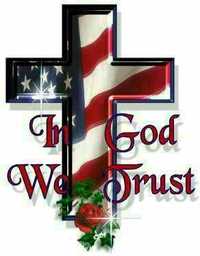 http://cbs3.com PHILADELPHIA (CBS 3) ― Philadelphia firefighters are on the scene of a raging six-alarm fire in the city's Strawberry Mansion section. Flames also damaged at least three nearby home and residents east of the church were evacuated. Authorities said the fire broke out at about 7:45 a.m. at the Prince of Peace Baptist Church in the 3200 block of W. Berks Streets. Flames quickly consumed the entire four-story building and went to five-alarms by 8:30 a.m. At about 8:45 a.m. firefighters began going door-to-door... Read more →

Pets for the Environment: Sign up for a healthy environment for pets 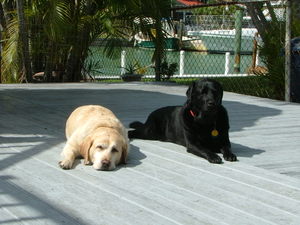 http://www.enviroblog.org Did you know your pet's food, toys, and bed don't have to be tested for safety? EWG found 35 toxic chemicals in dogs and 46 in cats - most at even higher levels than we find in people. And pets grow 7 times faster than humans, so what happens to them (like increased cancer rates) might happen to people soon. That's why Eddie, a dog on a mission, founded Pets for the Environment with the help of Environmental Working Group. Sign up to get... Read more →

Related: Our Men and Women in the Military By Jim Garamone American Forces Press Service PHILADELPHIA, April 29, 2008 - The chairman of the Joint Chiefs of Staff called on the citizens of Philadelphia last night to embrace those who have lost loved ones or who have been wounded in service to America. Navy Adm. Mike Mullen received the Gold Medal of the Union League of Philadelphia during a ceremony at the 1862 building, right down the street from City Hall. The league was established... Read more → 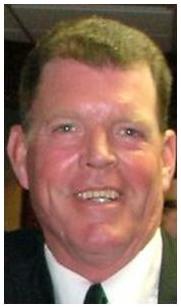 April 29, 2008 "I hope that you all are up for the fight, for it is my intention to take whatever action, no matter how drastic and explore whatever venue, no matter what the cost to prevent this from happening", Mayor William James Dear Citizens of Gloucester City, Today I met with a representative of South Jersey Port Corporation regarding the proposed relocation of the Camden City Methadone Clinic to the Port Facility in South Camden. As I expressed my extreme displeasure with the plans... Read more → 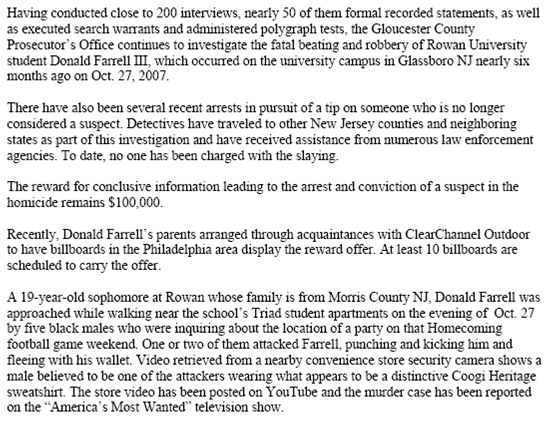 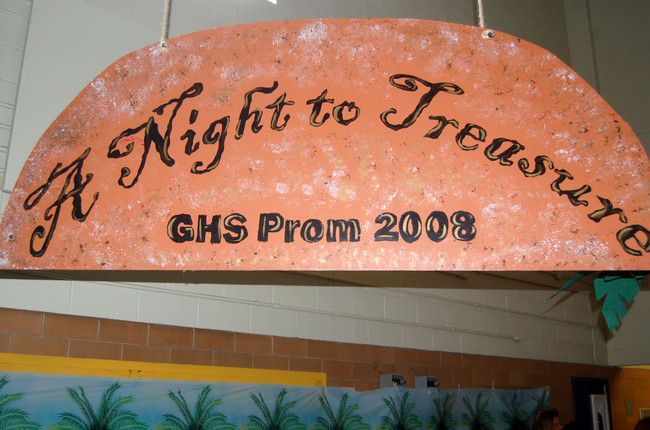 Bill's Point of View: How soon we forget!

Earlier this month I wrote a column about the Pimp your Prom contest sponsored by the radio station 102.Q FM. At first I was hesitant to post the contest because of the word Pimp. I thought it was strange for a radio station to use that word for a contest. After all I remember the word to mean whoremaster. It must be a generation thing I thought. And because of the number of schools participating in the event I felt I was over reacting and... Read more → 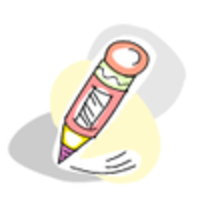 There is a petition circulating the Borough of Mt Ephraim regarding a $3 million project to purchase Fire Department property, demolish and re-build a new fire house on Bell Road. THIS WILL CAUSE YOUR TAXES TO GO UP!!! This should not be able to proceed unless the tax payers have a say. That is the fair way a democracy operates. You're Fire Department and Commissioners have flown under the radar on this and don't want you to know the facts. Borough employees have lost jobs,... Read more →

Camden County freeholders are opening a facility at the Bellmawr Regional Health Center, 35 Browning Rd., for patients with suspected or confirmed cases of tuberculosis. The Southern New Jersey Chest Specialty Clinic also will address the needs of patients with an increased risk of the disease or progression to active disease. "With a decline in TB cases statewide, local practitioners did not have the opportunity to gain the expertise necessary to treat these patients," said Freeholder Carmen Rodriguez, liaison to the county's Department of Health... Read more → 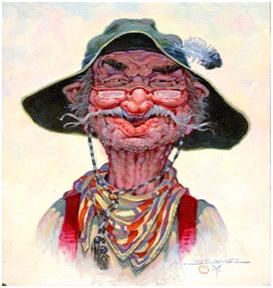 By Daisy Daily CNB Gossip Columnist NOTE from Bill: The following article is NOT TRUE, it is a fictitious story. The Gloucester City Breakfast Club was thrown a "curve" this past Saturday morning finding out when they arrived at the Dining Car Depot that their favorite restaurant was closed. The sign on the restaurant door read, "New Baby, will Re-Open on Tuesday, April 29". The organization has been meeting at the restaurant for over a year, the last Saturday of each month at 9 AM.... Read more →

God Bless Every Veteran: Before You Go.....slideshow & song 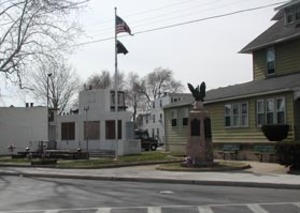 The elderly parking lot attendant wasn't in a good mood! Neither was Sam Bierstock. It was around 1 a.m., and Bierstock, a Delray Beach, Fla., eye doctor, business consultant, corporate speaker and musician, was bone tired after appearing at an event. He pulled up in his car, and the parking attendant began to speak. "I took two bullets for this country and look what I'm doing," he said bitterly. At first, Bierstock didn't know what to say to the World War II veteran. But he... Read more → 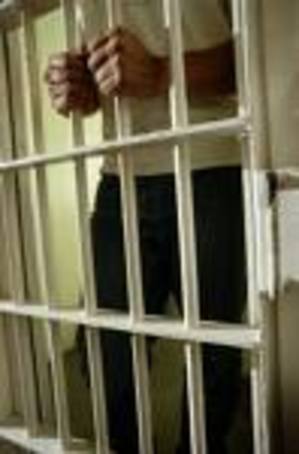 http://www.newsday.com But the Garden State outpaced its neighbors in federal corruption arrests last year, and the state's top prosecutor expects just as many officials collared this year. Since 2002, 128 public employees in New Jersey have been convicted on federal corruption charges. About a third of those were elected officials, including state lawmakers, mayors and town council members. Those numbers back up New Jersey's reputation as a corruption hotbed, fueled by TV shows like "The Sopranos." Experts say the state's labyrinth of local boards, commissions... Read more →

Face of Defense: From Life in India to U.S. Army, Soldier Sees the World

By U.S. Army Sgt. James Hunter Special to American Forces Press Service CAMP LIBERTY, Iraq,, April 24, 2008 - The nearly 200 soldiers, sailors, airmen and Marines who became U.S. citizens during a naturalization ceremony at the Al Faw Palace here on April 12 each took a different route to the military and their service in Iraq. U.S. Army Spc. Vivek Mishra, a native of central India, raises his right hand and recites the Oath of Citizenship during a U.S. naturalization ceremony at the Al... Read more →

Commentary Report by Hank F. Miller Jr. I happen to pick this commentary up on one of the many news sources that I have access to here in Japan. I also thought that you may want to read what you may not have the opportunity to read in the local newspapers back in the States. Ayman al-Zawahri, second in command of al-Qaida, vowed Tuesday to punish Western countries that participated in the Iraq war, hinting that Japan could be a target and advising it to... Read more →

Consumer Inquiries: 888-INFO-FDA The U.S. Food and Drug Administration issued an order requiring that Evanger’s Dog & Cat Food Co., Inc., in Wheeling, Ill., obtain an emergency permit from the FDA before its canned pet food products enter interstate commerce. A recent inspection revealed significant deviations from prescribed documentation of processes, equipment, and recordkeeping in the production of the company’s thermally processed low acid canned food (LACF) products. These problems could result in under-processed pet foods, which can allow the survival and growth of Clostridium... Read more →

http://www.legion.org A university student's controversial art exhibit left out one important variable: resistance from a determined Legionnaire. Susan Crane, a 40-year-old education major at the University of Maine at Farmington, displayed a series of U.S. Flags last week on the floor of a student-center hallway. "My purpose was to figure out how people felt about the flag and (I) gave them a choice to walk around it," she said. Enter Vietnam War veteran Charles Bennett. The American Legion commander of Maine's District 4 tried to... Read more →

MIRAGLIA, MAE R. On April 24, 2008 formerly of Mt. Ephraim, age 94 years. Loving sister of Theresa Minutola and her husband Juno of Mt. Ephraim. Also survived by her nephew Gregg Monforte and many other loving nieces and nephew and great nieces and nephews. Prior to retirement, Ms. Miraglia was employed as a chef at Hudson Tavern in Camden for many years. She enjoyed to travel and loved to spend time with her family. Relatives and friends are invited to the visitation and Funeral... Read more →

BOWEN, WARREN A., JR. Age 58, of Mays Landing, NJ formerly of Mount Ephraim, NJ passed away suddenly on April 23, 2008. Warren was a graduate of Audubon High School in 1969, he was a Vietnam Veteran. In the past he served as a volunteer fireman and paramedic. He presently was employed by Ceaser's Casino in Atlantic City. He was the son of the late Warren & Anna Bowen and is survived by his loving sister Margaret A. Bowen. In lieu of flowers donations may... Read more →

Media Release Ewing, NJ – The Lions of the eighth-ranked Lions of The College of New Jersey hosted Ramapo College of New Jersey on Friday in Ackerman Park. The Lions posted a 4-2 home win to improve 28-6 overall and 12-4 in the NJAC, while Ramapo drops to 17-18 and 5-11 in the NJAC. TCNJ has now won five in a row heading into a doubleheader on Saturday against No. 9 ranked Kean University. TCNJ took a 2-0 lead as junior third baseman Vince Mazzaccaro... Read more →

http://www.chathamdailynews.ca As Mother Nature emerges from a long winter's rest, life explodes with her awakening. The waters warm and teem with spawning fish and the grasses begin to grow feeding birds and wildlife. In this time of plenty, it's also time for the young of the year to be born in the fish and animal world. It's springtime, and a breeding time that heralds the cry of wild turkey hunting season across Ontario. Why hunt in the spring? Male turkeys, or toms, actively court the... Read more →