Gloucester County Locals in the Military Men’s College Soccer LAWRENCEVILLE--In the final non-conference game of the season, the Broncs look ready for the Metro Atlantic Athletic Conference portion of the schedule, having now won five of their last six games. “Yea, I think we’re ready for MAAC play,” said Rider head coach Russ Fager after the Broncs defeated La Salle Saturday afternoon. Sophomore Nico Tramontana (Vineland/Sacred Heart) scored two goals, giving him a team-high four goals on the season. “Nico is quite a character,” Fager said. “He is one of the... Read more →

Jay Leno Show: the Tale that took the Prize, submitted by Jes 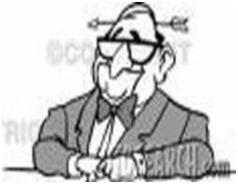 Jay Leno went into the audience to find the most embarrassing first date that a woman ever had. The winner described her worst first date experience. There was absolutely no question as to why her tale took the prize! She said it was midwinter...Snowing and quite cold...and the guy had taken her skiing in the mountains outside Salt Lake City, Utah ...It was a day trip (no overnight). They were strangers, after all, and truly had never met before. The outing was fun but relatively... Read more →

Of Camden, NJ, on September 26, 2007, at the Silver Care Nursing Home in Cherry Hill, NJ after a courageous battle with an illness. Age 53. Beloved daughter of the late Gardner D. Still, Sr. and the late Doris I. Still (nee Armstrong). She was also predeceased by one brother and friend Gardner D. Still, Jr. Kathy was employed by the Camden City Public Schools prior to her illness, first as an Instructional Assistant at Charles Sumner School, and then as a Special Education Teacher... Read more →

WHEN EAST MEETS WEST: I Am A Thousand Winds!

Joanne Humerick of Gloucester City has issued the following statement to the Gloucester City News: "My son, Robert Dornbach, has been missing now for 21 months. On November 27, 2005, he had left his home around 7 p.m. Robert asked his sister-in-law Rachael to order pizza and he would be back in 20 minutes. "His last phone call was to his girlfriend asking her over for dinner. The pizza arrived, Jessica (his girlfriend) came, but no Bobby. "My son was born September 5, 1988. Happy... Read more →

Rocker/Philanthropist Bono of U-2 Fame arrives in Philadelphia 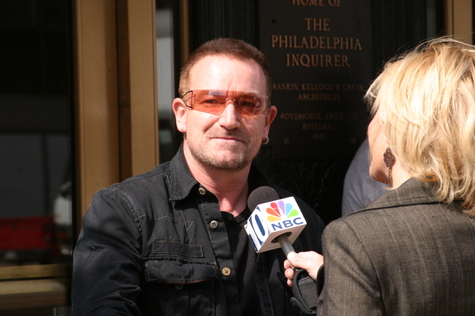 photo by Frank Messenger Rocker/Philanthropist Bono of U-2 Fame arrives in Philadelphia to receive Liberty Medal at the National Constitution Center. Bono is being interviewed by NBC 10 in front of the Philadelphia Inquirer building. more Philadelphia News Read more →

The Bellmawr Shopping Plaza at Browning and Bell Roads is getting two new tenants. Moving into one end of the old Super Fresh Market is Retro Fitness and at the other end will be The Stardust Ballroom, formerly located in Pennsauken. Joyce Hanley, owner of The Stardust, said in an interview with the Courier Post, she expects to spend nearly $400,000 renovating the property. On Wednesday, September 26, workers were installing the sign for Retro Fitness. That business is expected to open sometime in October. Read more →

see more sports CAMDEN – The two all-time scoring leaders in the history of Rutgers University-Camden's basketball programs, the first brother-sister combination and one of the school's all-time great baseball players will be enshrined as the 2007 inductees of the Rutgers-Camden Athletic Hall of Fame at the induction dinner on campus Saturday, Oct. 6. The second class of the Hall of Fame features baseball star John "Rocky" Gianvito, basketball all-time leading scorers Terry Cole and Bill Bramble and the sibling duo of basketball stars Cetshwayo... Read more → 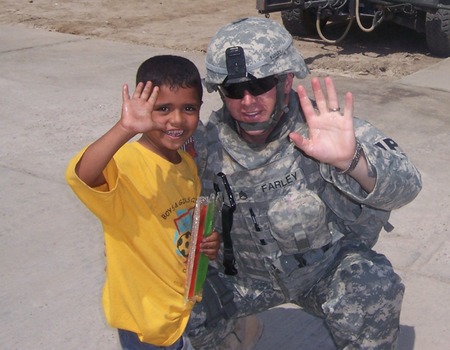 Hi Bill and Connie, Well this is SSG Joseph Farley of the 127th MPCO stationed out of Hanau, Germany and currently deployed to Iraq Since Nov 2, 2006. You may also remember me as your neighbor and grandson of the Bernard and Louise Farley of Thompson Avenue, Gloucester City, New Jersey. I also am very good friends of your nephew Gary Walker, who I grew up playing ball and going to school with. Photo: Sgt. Farley giving ice pops to a child at the Hamiya... Read more →

So Is It Woods or Water Source South Jersey Outdoors Blog Spot Monday, September 24, 2007 Doug Skinner, South Jersey Outdoors Bow season in my area opened the first Saturday of September. I've been out in the woods just two times since then. The reason is that the weather has been so ideal for fishing that climbing a tree to get eaten alive by bugs has seemed less intriguing. Have no fear, I haven't given up on the woods totally. I went scouting my favorite spots last Sunday and am pleased... Read more →

Regarding Bill's Point of View on August 30, Building May Be Gone, But the Memories Linger On; Before it was Sports Corner Bar, 4th and Jersey Avenue, this tavern was "Funk's Café" that opened in the 1920's. It used to have free sandwiches on the bar, served lunches and soup was .05 cents. Do you remember? People from Philadelphia used to come down every Sunday to play shuffleboard (the first in the area) and enjoy a chicken platter cooked by my dad for 50 cents.... Read more → 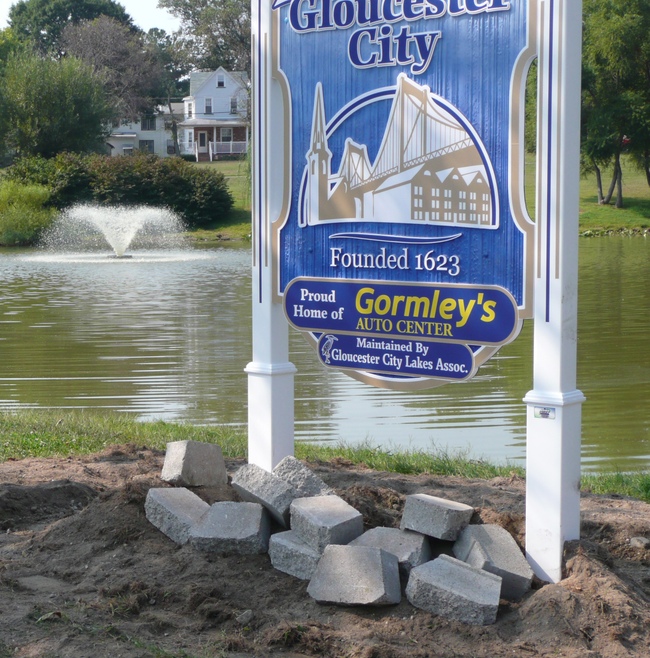 One of seven new signs placed throughout Gloucester City that has been installed in recent weeks.This sign is located at Martins Lake, Johnson Blvd and Baynes Avenue. The sponsor is Gormley's Auto Center and the organization that is caring for it is the Gloucester City Lakes Association. As you can the work on the sign is not finished. The signs are funded by various local businesses and maintained by local organizations. "We are very happy to say this program will not cost taxpayers a penny,"... Read more →

PHILADELPHIA, Pa.--The Broncs had a two-game winning streak snapped at Temple, falling in a non-conference game Tuesday night. “We had chances to clear the ball on all three goals and didn’t and Temple able to capitalize on the mistakes,” said head coach Lori Hussong. For Rider (4-4), senior goalie Jen LoCastro (Cherry Hill, N.J./Camden Catholic) made eight saves as the Owls out-shot Rider 16-6 and held an 11-5 corner advantage. Temple got on the board 11 minutes into the game on a one-timer by Dannah... Read more →

MANNING, JOHN M. Of National Park, NJ passed away on September 23, 2007. Aged 60 years. John was a great brother and was good to his family and friends. He was always willing to lend a hand to anyone in need. He loved to spend time outdoors, especially fishing and boating. He also loved to read and watch TV. He will beremembered for his wonderful cooking, especially his spaghetti dinners and his great barbeques. Born in Philadelphia, John was a resident of National Park for... Read more →

Betty Giglio, nee DiLorenzo, age 84 of Mt. Ephraim died September 22, while a resident of the Haddonfield Home, surrounded by her loving brothers and sisters. Devoted wife of the late John Giglio to whom she was married for 50 years. Betty was born in Camden, NJ, where she resided until her marriage in 1948, and moved to Mt. Ephraim, where she lived for over 50 years. She was a member of Sacred Heart Church, member and former officer of the Mt. Ephraim Sons of... Read more →

Henry Hill wrote an informative letter about the condition of the railroad tracks that go through Gloucester City. Cutting the grass is not the only thing that CSX Transportation Inc. should be required to do by the city government. Recently I had a good breakfast at the Dining Car Depot. After leaving, I paused a few moments to look at the tracks. The condition of the railroad ties is abominable. They look like they have not been replaced since I was in high school in... Read more →

Source http://www.officer.com A rookie Philadelphia police officer who chased a suspect for several blocks after being shot in the face during a traffic stop underwent several hours of reconstructive surgery at the Hospital of the University of Pennsylvania yesterday, police said. Officer Richard Decoatsworth, 21, was seriously wounded by a close-range shotgun blast after he approached a motorist who was driving a battered blue Buick suspiciously at 9:05 a.m. in West Philadelphia, Commissioner Sylvester M. Johnson said. The shooting happened on a particularly violent day... Read more →

Chuckles submitted by Maryan: My Favorite Things…..Now sing along! 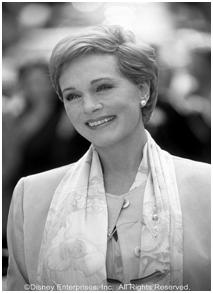 chuckles more To commemorate her 69th birthday actress/vocalist, Julie Andrews made a special appearance at Manhattan's Radio City Music Hall. One of the musical numbers she performed was "My Favorite Things" from the legendary movie, "Sound Of Music". Here are the lyrics she used: Maalox and nose drops and needles for knitting, Walkers and handrails and new dental fittings, Bundles of magazines tied up in string, These are a few of my favorite things. Cadillac's and cataracts, and hearing aids and glasses, Polident and Fixodent... Read more →

Pet of the Week VADA 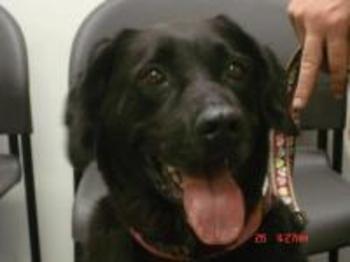 See Related Stories Vada is a 4-5-year-old black lab mix who is very active and would love a home with a large yard or a family who would take her on long walks. She is a great dog who loves toys and going for long walks. She just likes everybody and is excited about life in general. She listens well and would make a great addition to any family. Please stop in and meet Vada soon. If you are interested in adopting , please call... Read more → 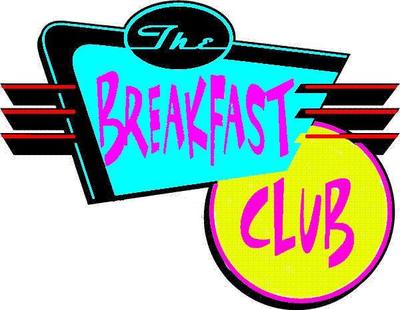 Track: Rams Cross Country off to a 3-0 Start Why Are My Brothers Dying--NEEDLESSLY? 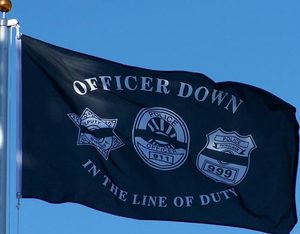 JIM DONAHUE Process Problem Solving Contributor SOURCE HTTP://www.Officer.com Recent press releases from the National Law Enforcement Officers Memorial in Washington D.C. (NLEOMF) tell the horrifying story. This country is on track for 2007 to have more cops killed than at any other time in the last thirty years. Yeah--even more than after the attacks on 9/11. More perplexing is that more of my brothers are dying in or around their patrol vehicles than those who are being shot by the bad guys. What? How can... Read more →