GLASSBORO, NJ – Rowan field hockey standouts Kristiina Castagnola and Abby Hainsworth have been named to the CoSIDA Academic All-District 2 Women's At-Large Teams and will now be nominees for the CoSIDA Academic All-America® Team, as selected by the members of the College Sports Information Directors of America. CoSIDA Academic All-District Women's At-Large Teams Castagnola is a two-time All-American after being chosen to the NFHCA All-America First Team in 2021, playing a key role in the Profs' run to the NCAA Semifinals. She recorded a career-high 44 points, with a personal-best 18 goals, as well as three game-winning goals. She... Read more →

GCHS Salute to the Class of 2022 Campaign 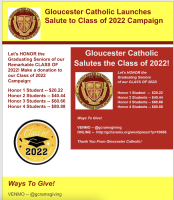 IF YOU WOULD LIKE TO HONOR A STUDENT SEE BELOW Ways To Give! VENMO -- @gcramsgiving ONLINE -- http://gchsrams.org/wordpress/?p=10085 TRADITIONAL MAIL -- Make Check Payable to Gloucester Catholic Gloucester Catholic High School 333 Ridgeway Street Gloucester City, NJ 08030 Once a Ram .... Always a Ram! If you would like additional information, please contact Pat Murphy at pmurphy@gchsrams.org RELATED CATEGORIES GLOUCESTER CATHOLIC RAMS ALUMNI Read more → 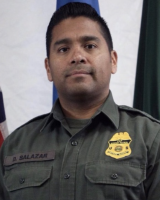 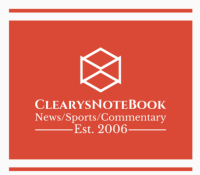 Jeff Van Drew Running on Misinformation Again Sean Pignatelli, Van Drew’s Primary opponent, released the following statement: Recently a video posted in December of 2021 was labeled misinformation by YouTube. This has social media companies in a frenzy reviewing all of current Congressman Jeff Van Drew's posts.The video was opinion based that Jeff Van Drew received an endorsement from Donald Trump for the 2022 election, but this was a lie and labeled as such. NEW JERSEY POLITICS Back in December of 2021 Jeff Van Drew attended an event in Mar-A-Lago. During this event former President Donald Trump called out 13... Read more →

Posted by CNBNewsnet on Saturday, May 21, 2022 at 11:00 AM in Consumer News, Current Affairs, DOWN THE SHORE, General/Political News, South Jersey | Permalink | Comments (0)

Posted by CNBNewsnet on Saturday, May 21, 2022 at 10:30 AM in Atlantic/Cape May COUNTIES, CNB CRIME , Current Affairs, DOWN THE SHORE, South Jersey | Permalink | Comments (0)

WASHINGTON — Rep. Chris Smith (R-NJ), (photo) Ranking Member of the House global health subcommittee, today issued the following statement on the Biden Administration’s plans to surrender U.S. sovereignty to the World Health Organization at the upcoming World Health Assembly: “The Biden Administration’s absurd proposal to surrender U.S. sovereignty to the corrupt World Health Organization (WHO) is an egregious breach of the constitutional principle that will lead to less accountability and more misconduct by this problematic UN agency. This never would have happened under President Trump’s watch. At the onset of the COVID-19 pandemic, WHO caved to pressure from the... Read more → 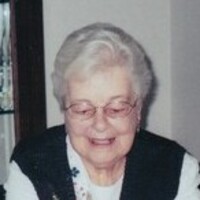 (nee Ilgenfritz) On May 17, 2022, of Haddon Heights, NJ. Age 96 years. Beloved wife of the late Paul H. Miller. Dear mother of David (Janice), Stephen (Rose) and Gary. Loving grandmother of Jennifer, Stephen and Jonathan and great grandmother of Eladia and Sophia. She is also survived by many nieces, nephews and dear friends. Mary Jane was a longtime tennis instructor in the borough of Haddon Heights. Relatives and friends are invited to attend her viewing on Tuesday, May 24, 10 to 11 AM at the FOSTER-WARNE FUNERAL HOME, 250 S. White Horse Pike, Audubon, NJ. Funeral service will... Read more →

People who reported in a survey that they felt worried, depressed or lonely had a greater chance of being hospitalized after a COVID-19 diagnosis, suggests a study funded by the National Institutes of Health. The study, which analyzed survey data from more than 54,000 female nurses and their offspring, was conducted by Andrea L. Roberts, Ph.D., of the Harvard T.H. Chan School of Public Health, Boston, and colleagues. It appears in Psychological Medicine. Between April 2020 and April 2021, slightly more than 3,600 study participants tested positive for SAR-CoV-2 infection. Those who reported chronic (long-term) depression before the pandemic were... Read more →

Rowan Baseball Defeats Mitchell, 7-1, to Open NCAA Regionals ANNVILLE, PA - Hunter Wroniuk went 3-for-4 and Eli Atiya earned his eighth win to lead #10 Rowan to a 7-1 win over Mitchell, in the opening game of the NCAA Baseball Annville Regional, hosted by Lebanon Valley College. The Profs (31-8) advance to Saturday’s winners bracket game scheduled for noon against either #24 Washington & Jefferson or Lebanon Valley. Atiya threw eight strong innings, and struck out six to up his season record to 8-0. Christian Bascunan entered the game in the ninth and closed out the win as he... Read more → 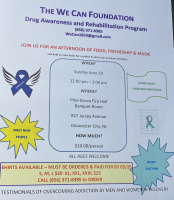 GLOUCESTER CITY NJ (CNBNews)The annual We Can Foundation Walk to Remember will be held on June 19, at the Pine Grove Fire Hall, 9th and Jersey Avenue, Gloucester City. The organization helps people who are fighting addiction. The public is invited to attend. If you are unable to attend and would like to make a donation send your check or money order to We Can Foundation, 573 Homewood Lane, Williamstown NJ 08094 RELATED: So Who is George Merryfield ? (see video below) SHOW ME YOUR FRIENDS AND I WILL SHOW YOU YOUR FUTURE Read more →

Closures necessary to establish a new traffic pattern (Trenton) – New Jersey Department of Transportation (NJDOT) officials today announced lane closures on I-295 southbound tonight as the I-295/Route 42 Missing Moves project advances in Bellmawr, Camden County, and Deptford, Gloucester County. Beginning at 8 p.m. tonight, Friday, May 20, until 6 a.m., tomorrow, Saturday, May 21, NJDOT’s contractor, South State Inc., is scheduled to close and detour I-295 southbound after the Browning Road Bridge with all traffic directed to Route 42 southbound. The following detour will be in place: I-295 southbound detour: Motorists traveling on I-295 southbound will be directed... Read more →

Posted by CNBNewsnet on Friday, May 20, 2022 at 03:56 PM in Consumer News, Current Affairs, DOWN THE SHORE, South Jersey, SPOTLIGHT ON NJ COLLEGE STUDENTS | Permalink | Comments (0)

A Message from Congressman Donald Norcross 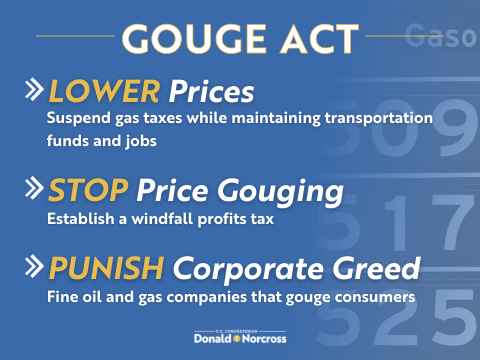 Gas prices are out of control. I see the high prices every time I fill my gas tank, and I know you do too. It drives me crazy that oil and gas companies are squeezing working families even as they make record profits. Wealthy executives just spent $35 billion on stock buybacks and left working people with the bill. I’m introducing the GOUGE Act to help change that. In short, the bill does three things: Read more about the GOUGE Act here. Congress has the power to help as we did with the American Rescue Plan during the pandemic and... Read more → 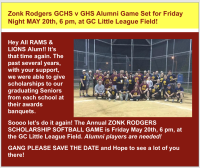 In celebration of its 50th camp season, the Helen L. Diller Vacation Home for Blind Children will host a Community Open House on Saturday, May 28. The event will take place at the Diller Home from 11 am-2pm at 127 26th Street, Avalon. “We are thrilled to be celebrating 50 years of providing an all-expense paid week of summer camp for blind and visually impaired children,” says Douglas Heun, longtime President of the Board of Directors. “As a thank you to our community for their continued support over the last 50 years, we would like to invite you to celebrate... Read more →

Posted by CNBNewsnet on Friday, May 20, 2022 at 12:25 PM in Announcements/Classifieds, Current Affairs, DOWN THE SHORE, South Jersey | Permalink | Comments (0)

Easy techniques for solving the affordable housing crisis, as revealed by Maxwell Drever

Everyone deserves an affordable and safe place to live. However, life is not the same for every individual. What was available for previous generations is out of reach for most individuals today. If you look at the western world, you will see those young people struggle to get an affordable shelter in the city centers. In such a scenario, foreign speculators and investors purchase homes to transform them into affordable residential units. Rent in major cities is increasing in leaps and bounds. Hence, it is pushing individuals further away from their area of work. What is responsible for this housing... Read more →

Southern NJ – The Spring Heart Walk will be led by Anthony Suppa and Jake Ottinger of South State Inc on Saturday, May 21st, 2022 The American Heart Association program supports employees’ overall health and wellbeing. Southern, NJ May 12, 2022 — The American Heart Association, the world’s leading nonprofit organization focused on ensuring longer, healthier lives for all, has named not one but two co-chairs, Anthony Suppa and Jake Ottinger from South State Inc., as chairmen for the Spring Heart Walk. In this role, Suppa and Ottinger are charged with a $100,000.00 fundraising goal to support the lifesaving work... Read more →

Posted by CNBNewsnet on Friday, May 20, 2022 at 11:00 AM in Announcements/Classifieds, COMMUNITY EVENTS, Consumer News, Current Affairs, South Jersey | Permalink | Comments (0)

An Evening with George Washington

On June 1, George Washington is coming to South Jersey to build excitement for The Skirmish (June 4’s annual reenactment of ambushes by the Continental militia in Haddonfield). An Evening with George Washington June 1 at 7 p.m. Haddonfield Borough Hall During “An Evening with George Washington,” professional actor and historical interpreter Doug Thomas will recount some of the most important moments from the struggle for American independence, as well as Washington’s key values: Honesty and the Rules of Civility. This event is part of The American Revolution in Our Communities series, a partnership between Camden County College and the... Read more → 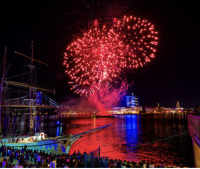 Coast Guard Parade at Cape May Base May 29 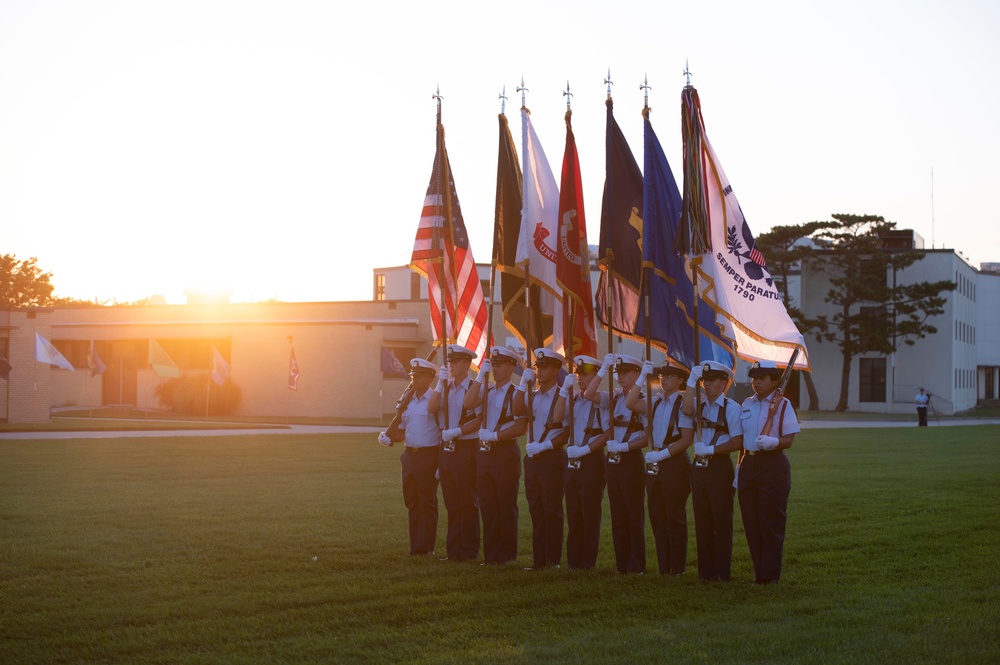 CAPE MAY, N.J. – U.S. Coast Guard Training Center Cape May is scheduled to host a Memorial Day Sunset Parade on the training center’s parade field, May 29, at 7:30 p.m. The event is free and open to the public. Sunset Parades are military displays of marching troops and the Coast Guard Recruit Ceremonial Drill Team. More than 350 recruits will march in the parade and strike the National Ensign from the parade field at sunset. This sunset parade honors the Coast Guard’s Gold Star Program, recognizing the sacrifices of the families whose loved ones died in service. The gates... Read more →